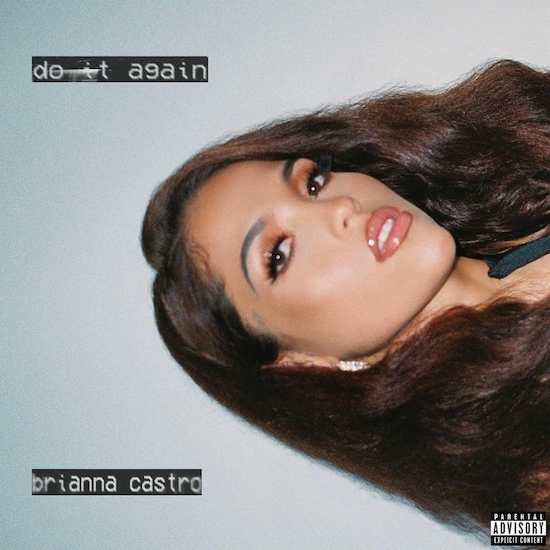 Brianna Castro is building on the momentum from her performance at H.E.R.'s Lights On Festival last weekend as she gears up for next month's ONE Musicfest. Castro just released the audio and visuals for her new single “Do It Again,” and she keeps it rather straightforward.

Producers Pop Wansel and Rogét Chahayed lace "Do It Again" with a classic James Brown vocal sample and a sound bed of ticking 808s, bass and synths. Over this hypnotizing track, Brianna sings about wanting more of that good-good. “I wanna do it again / I wanna be yours, at least til the morning,” Castro purrs on the first verse before admitting, "I've fallen in my feelings / I've had a drink or 7 in my defense." She has a love hangover, and the only thing that'll get her right is more loving. However, as the song progresses, it's apparent that although she's bold with it, she exhibits some vulnerability when her potential boo doesn't pick up his phone. "Don't make me feel like I'm doing the most or feel crazy," she sings with a tinge of regret.

The video decides to go for a simple aesthetic, finding Brianna in a serene home environment. Director Lillie Wojcik captures the singer moving around normally and in reverse to illustrate the cyclical nature of the situationship she’s describing. She's either preparing for an evening with a familiar friend with benefits or reflecting on the morning after, depending on how you interpret the direction depicted.

As one of the newest acts on Interscope, via the Fish Grease label, the Philadelphia songstress is only on single number two, but "Do It Again" offers us a more soulful and less pessimistic outlook on love than her debut “Numb.” While she has yet to flex her guitar skills on a commercial release, those familiar with her acoustic performance of the song, as well as her past YouTube covers know that we can expect much more from this new kid on the block.