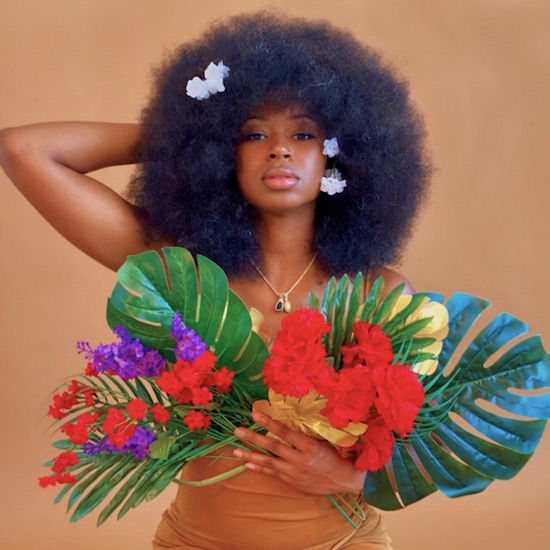 You can refer to Erica LeShai by many titles: Social media influencer, activist, queen, polarizing figure or whatever other positive or negative names you’re bound to see her called by those who either comment under her posts or repost her. But most importantly, to paraphrase another headwrap heroine, keep in mind that she’s an artist – and she’s sensitive about her ish.

Well, actually, we don’t know that for a fact. But sensitivity is what beams through the seams on her latest EP, The Love Movement, in the moments where she is not making declarative assertions. Staying true to who she presents herself to be, this project is, as the slang says, a mood. This particular mood would be the desire to be met with protection, affection and respect.

With a sultry, ear-pleasing tone, LeShai makes it clear on the track “Do Not Disturb” that, “I be minding my own business,” and states, “You didn’t have to do me like that,” on “Top Drawer,” singing both songs to seemingly the same past unsavvy lover and object of wasted time. Songs like these that fall in the middle of the project serve to validate her reasons for needing protection and respect to accompany the brand of affection she requires. She cements that by affirming, “I talk, my s**t / I got love for all Black people / When I’m, hurting / He know (he know) he’s who I go to,” on the song "Healer."

This EP is more than just mantras and boundary-setting. The sensitivity allows itself to be on full display on the last song (“Bless Me”) and the first song (“Time Off (Remix)”), which features second-generation neo-soul survivor Raheem DeVaughn in a sexy duet battle of which partner wishes to cater to the other more. Their voices meet one another’s perfectly to set the scene for what a true night-in feels like.

The instrumentation on songs like “Time Off (Remix)” showcases the element of Erica LeShai’s artistry that should probably be raved about more than anything else. With the exception of “Healer,” which lists Iman Omari and MyGuyMars as sharing co-production credit, Erica is the sole producer of each song and is responsible for key, drum, synth and bass programming and arrangements that compliment her decidedly new-school melodies and well-placed layers of harmonies.

While The Love Movement lets the listener in on an intimate corner of her personal love perspective, Erica LeShai makes it clear that she is fighting the good fight for more than just herself, as she repeats on the EP’s closing, “Black Love’s a revolution.” Indeed.