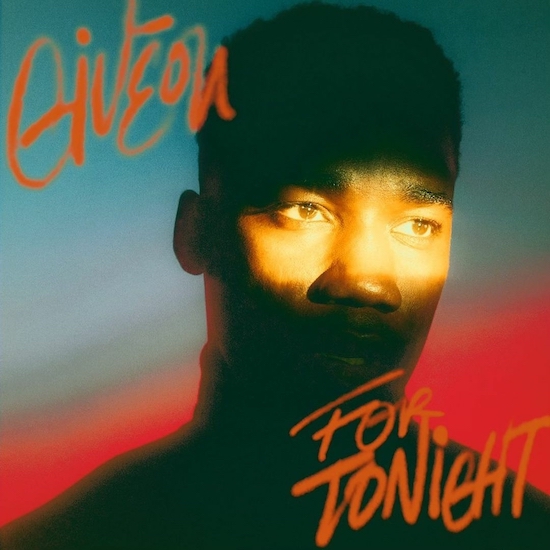 Following the news of his sold-out tour, Giveon imparts his fans with the new single "For Tonight." It serves as the first listen from his highly-anticipated new album, slated to drop by the end of this year.

On this soulful, piano-led ballad produced by Sevn Thomas, Jahaan Sweet and Akeel Henry, Giveon confesses that he yearns for one last fleeting moment of intimacy before abandoning a clandestine relationship for good. "For tonight, I'm yours / So deny the truth / We'll stay behind closed doors / 'Cause all I wanna do is lie with you / Even though it's wrong to lie with you," he sings in his signature baritone. Although he expresses just a slither of toxicity, the song also manages to catch Giveon in a vulnerable moment. He acknowledges, "But I just, I just don't wanna leave you / Might just, might just throw away the reasons / Why we both can't lay here."

The visuals for "For Tonight" show Giveon and his love interest in separate scenes for the first half of the video, supporting the song's opening lyrics, "We've been done long before it all begun." However, about halfway through, we witness both characters walking towards each other, representing the struggles of giving up on something or someone that has become both familiar and comfortable. The video transitions to a shot of the couple having "one of those conversations" on a rainy night, followed by clips of them lying together underneath the stars. In these scenes, you can detect the affection and longing they have for one another, despite the underlying truth: it may be goodbye forever.

With "For Tonight," Giveon continues to show that he is a breath of fresh air amongst music's current landscape. He's on his way to stardom and someone who you don't want to miss. Unfortunately, if you didn't cop tickets to his Timeless Tour, which sold out within minutes, you'll miss seeing him live on this outing, but with his album on the way, we're sure that more live dates are on the horizon. For now, add "For Tonight" to your collections and playlists from your digital music provider of choice.