Day Two of the Lights On Festival came with the heat. And if you’re wondering whether we are referring to the star-studded lineup curated by H.E.R. or the California sun blazing down on the festivalgoers – it’s both. As temperatures tiptoed into the low 80s, it was a stark contrast from the Day One of the weekend festival. However, it appeared to be the secret ingredient to concocting a perfect Sunday afternoon to jam out to some of contemporary R&B’s greatest talents.

As the masses began to pour into the Concord Pavillion for part two of the festival, there was one thing that stood to be evidently clear: there was no slowing down. Complete with carnival rides, food trucks, arcade games and photo booth exhibitions, the Lights On Festival was the ideal way to say goodbye to summer. 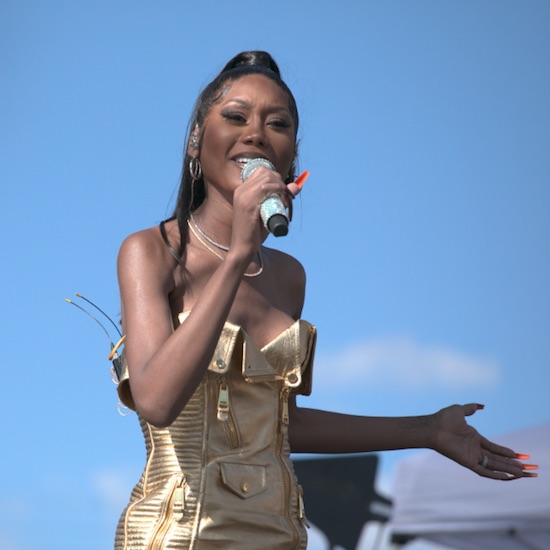 The day once again started at the Illumination Stage. Crowds were welcomed with a performance by Muni Long who taught the ladies that if you’re going to “Build A Bae” you’re going to need portfolios, investments, financials, good karma, and good credit during her short but entertaining set.

The next performance was memorable, not just for the crowd but for the performer as well, as it was Joyce Wrice’s first time ever performing at a festival. But don’t get it twisted, Wrice has skin in the game and has been in the music industry for 10 years. She performed “Falling In Love,” “On One” and “So So Sick” for the attentive audience. The Illumination Stage kept the energy up with subsequent performances from Van Jess, Tone Stith and Sinead Harnett whose sets served as the perfect transition for the festival’s headlining artists. 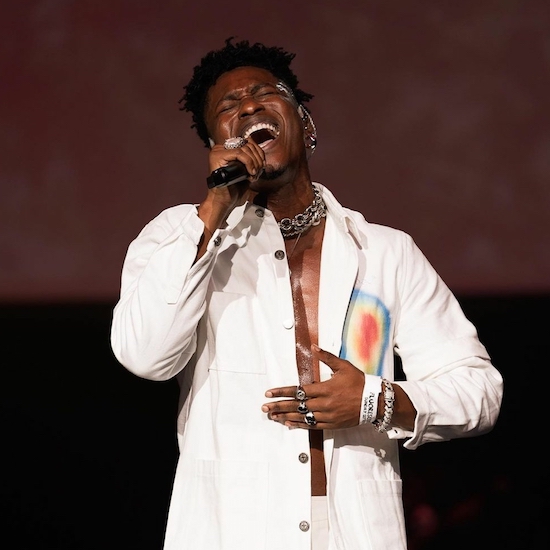 Kicking off the evening ahead on the Fluorescent Stage, Lucky Daye fit right in with the crowd as he encouraged the Northern Californias, who are no strangers to cannabis, to “Roll Some Mo.” The lush jam about a lifestyle of smoking with his girl made it hard to believe that Daye was once forbidden from listening to secular music. As he performed songs from Painted, it was truly a lucky day for fans to be blessed by songs from his GRAMMY-nominated project.