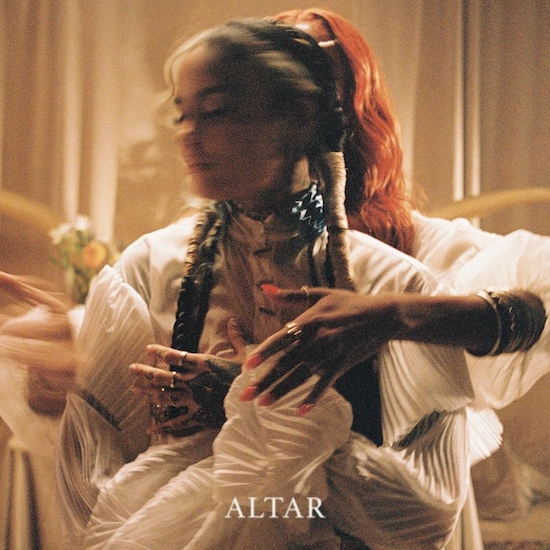 Kehlani is ready to share her next album Blue Water Road. While details about the project are scarce, the prolific singer-songwriter has shared a teaser trailer for the album and begins this new chapter with the release of the single "Altar" and its music video.

A love letter to those who she's lost whose presence she still feels, Kehlani honors her angels and spirit guides on "Altar." Over Pop Wansel's light and airy production of guitar, programmed drums and synths, she sings of creating an altar for her beloveds. "Fresh white flowers and a new tea light / Nine cups of water, still water / Soon I'll see your face / Don't know why I ever thought you were far away / I should've known better," she shares on the first verse. On Twitter, Kehlani posted a dedication, that read, “to all those i have lost, all the angels i have gained, all those that walk with me with hands cracking my chest open, this is for you.”

The teaser trailer for the album and the music video for "Altar" are parts of the same story. In the teaser, Kehlani is seen hobbling down a gravel road with a bruised leg. A dragonfly lands in her hands, burns up, then falls to the ground turning into a mysterious shadowy figure. While we don’t know who or what exactly the figure represents, we do know that Kehlani ends up okay thanks to some good luck and good spirits guiding her hobbled footsteps. She makes her way to an abandoned but luxurious cottage in the country. There, she’s able to heal not only her body but her soul with the help of a mysterious spirit of the house.

So far, Blue Water Road looks and sounds like an evolution for Kehlani. “Altar” has a more pop sound than we’re used to hearing from her. She’s done similar things, like the track “Alive” from You Should Be Here, but there was still a bit of edge to that song. Here, there’s a different focus and intention. We're curious to see what direction Kehlani is taking us, but we're confident that all will be revealed when Blue Water Road drops this winter.