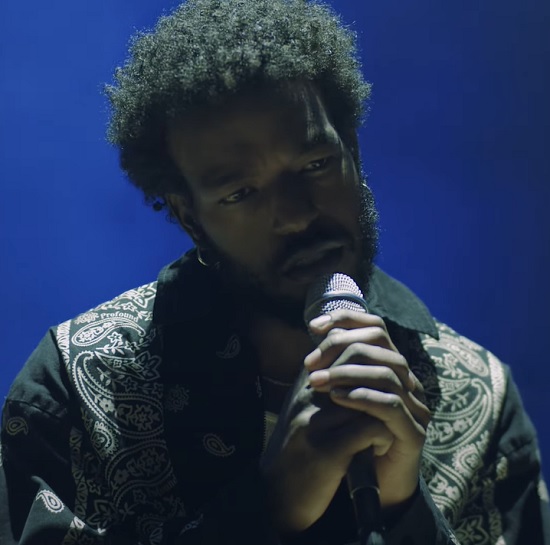 Luke James has an undeniable talent, and his live shows are not to be missed. However, more than a year of living through this pandemic has all of us yearning for live experiences that may or may not occur depending on how things go down in the coming weeks. Luke wasn't going to leave us hanging, though, retooling songs from his to feel love/d alongside Miami's Nu Deco Ensemble for his new live album A Live Sensation. He's also giving us a taste of the recently released project with a video for the live version of "shine on."

The song was already a standout on the 2020 release, but this live version shows exactly why Luke is a musical beast. Assisted by the orchestral ensemble and musician Sensei Bueno, the song takes on a form reminiscent of the innovative and musically rich soul sound of the '70s. The crooner reminds us of a Let's Get It On era Marvin Gaye here, but he gives us even more by inviting fellow singer Samoht into the fold, turning the track into a duet as both powerhouse singers milk every ounce of emotion from the song in the empty concert hall the visual was filmed in. It all ends with Luke sitting at the keys to play while he and Samoht sweetly ad-libs against the soft sound of strings before the clip fades to black.

"shine on" is but one of nine tracks that get made over on A Live Sensation, with each gaining a new life and perspective with their reimaginings. You can get into a full stream of the album after you watch Luke and friends work their musical magic in the visual below.