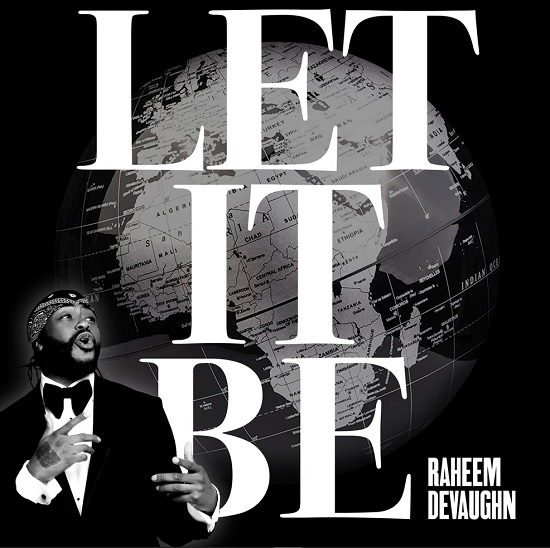 Raheem DeVaughn might be known for his sensual take on R&B and soul, but we shouldn't be so quick to put him in a box. The singer is versatile not only in his sound but in his musical taste. Fresh off of his Lovesick collaboration with Apollo Brown, Raheem tips his hand as to what's coming next with a cover of The Beatles "Let It Be."

Raheem's approach to the song is to infuse it with elements of soul and gospel. Organ is incorporated to deliver the song's melody and bluesy guitar licks add a little bit of flair. The most obvious gospel element, however, is the choir-like arrangement of the backing vocals on the chorus, which gives the song an almost hymn-like feel. The singer also helps this feeling along thanks to a mostly subdued vocal performance at the song's onset. As things progress, though, he gets more emotional and adds more of his signature flair, including the falsetto that his fans have come to know and love.

This won't be the last of Raheem DeVaughn putting his own spin on Beatles tunes. Upon releasing "Let It Be," the star shared on Instagram that his Beatles Soul EP should be coming sometime this year. We're curious to see which songs from the legendary group's catalog he'll be taking on. While we ponder that, check out his cover of "Let It Be" when you press play.