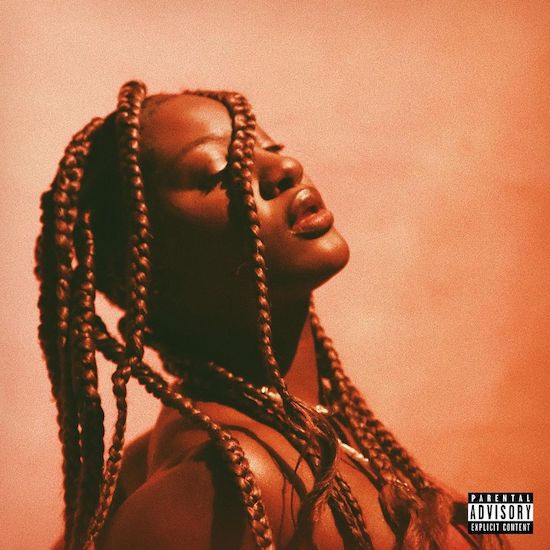 Tems is having the best summer ever. How else would you describe this season for the Nigerian singer/songwriter/producer whose voice is heard on both an international smash single (Wizkid's "Essence") and a record-breaking hit album (Drake's Certified Lover Boy on the song "Fountains")? Everything is going up for Tems, and she continues to apply pressure on her newest release, the EP If Orange Was A Place.

Her second EP in the span of one year, If Orange Was A Place follows her well-received debut For Broken Ears and delivers more of the Afrobeats fusion that she's quickly become known for. Led by the dancehall-tinged bop "Crazy Tings," this project is mostly a solo affair with the exception of the second single "Found" featuring Brent Faiyaz. Their voices blend surprisingly well on the song about finding love while finding yourself.

The track "Replay" picks up the pace with a sound bed of guitar, bass and horns that would make Fela Kuti proud as Tems sings about her come up bringing all the boys who used to diss her to her yard. "Avoid Things" is a slinky groove that finds her involved with someone who drives her to the brink of madness. The EP ends with "Vibe Out," which is ex what you'll find yourself doing to its hypnotic rhythm.

On If Orange Was A Place, Tems pushes the boundaries of Afrobeats by seamlessly blending it with various genres, including R&B, neo-soul and dancehall, in a stellar showcase of Black music of the diaspora. Her producers GuiltyBeatz, who produced the bulk of the EP, and Jonah Christian, who produced "Replay," crafted the perfect sounds to set the vibes, fit her voice and allow her to shine. With this EP, Tems takes her place among the success stories of 2021 and has us excited for what's to come.

Tems If Orange Was A Place [Amazon][Apple Music]