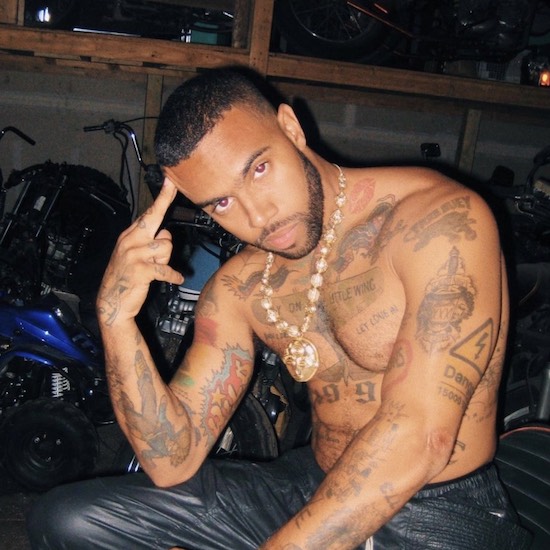 Vic Mensa has teamed up with his fellow Chicagoans BJ The Chicago Kid and producer Papi Beatz to give us an ode to summer love in the Chi entitled “THE TASTE.” While Mensa dropped the track on the first day of autumn, it serves as a perfect transition into fall and cuffing season and a nostalgic homage to summertime in his hometown.

Named after Chicago's largest outdoor food festival, Taste Of Chicago, Vic and his homies give us a sweet love letter to Chi-town and his boo on “THE TASTE.” Mensa does the heavy lifting, flexing his vocals by doing most of the singing on the track, with BJ joining in with his harmonies on the chorus. Vic namechecks a few Chicagoland staples such as Baba's Famous Steak & Lemonade, Navy Pier and Lake Shore Drive and takes us back to the early 2000s with mentions of Baby Phat and "Phasin' in a basement to that Chris Brown." The track is all chill vibes until a thumping Chicago juke breakdown toward the end that will have you breaking out into a sweat while you follow directions to, "Bounce then break yo back."

The song's visualizer features looped footage of Vic and his real-life significant other. We get to spy on their low-key day out and about, enjoying the last bits of Chi-town summer and each other. It's quite sweet, and it's good to see Mr. Mensa in love.

We don't know about you, but Vic Mensa's "THE TASTE" has us making plans to visit the Windy City next summer to get some of this energy. Press play on the audio and video to see for yourselves.