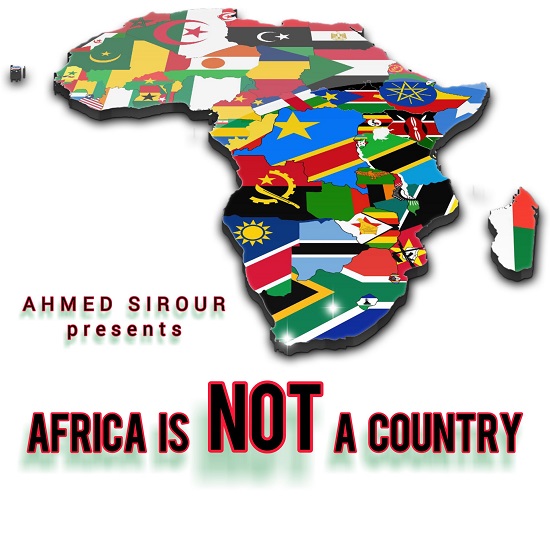 As vast and giving as Africa is, it seems that people not only try to downplay its many contributions to civilization but also not even recognize that it is a continent and not a country. Musician Ahmed Sirour isn't going to let that mistake keep happening. To that effect, he confronts the issue with jazzy flair on his newest single "Africa Is NOT A Country."

The song kicks off with a burst of percussion that gives the song a shuffling rhythm. From there, he begins to school those not in the know. "Your ignorance is no excuse, you have a map but don’t see (no, no)," he sings. "It has 54 nations, but many think it can’t be (no, no) / We’re in the 21st millennium, so this is so silly (no, no) / Africa’s a continent, it is not a country (no, no)." The song then bursts with horns on the chorus as he sings out, "Africa, Forever, Sankofa, Africa!" The rest of the song continues the education as he speaks of the continent's greatness for those not in the know. And in case his point wasn't clear, he breaks it all down near song's end with an alphabetical listing of all the countries Africa houses within its borders to bring it all home.

Ahmed Sirour always comes correct musically and we especially love it when our faves also give us some food for thought. You can stream "Africa Is NOT A Country" below and purchase the song in full from Ahmed's website via a "name your price" option that allows you to show the exceptional musician some much-deserved love.