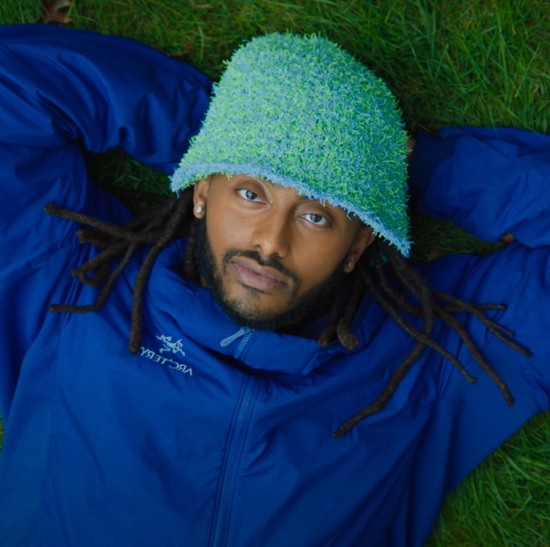 Aminé has been pretty much MIA since he released the deluxe edition of his most recent album Limbo last December. Fans of the Portland rapper will be happy to know that he used his hiatus to tap into his creativity even more, resulting in some new, experimental sounds. The first that we get to hear from those sessions is his newest single "Charmander."

The track features the usually witty wordplay that we've come to expect from Aminé, but with a different type of sound. Producers Lido and Aksel Arvid provide a beat full chirpy synths, hand claps, hi-hats and a chipmunk-like vocal set to a breakneck bpm that gets the rapper pretty hype. Despite the hype energy, he actually uses the track to speak on how much he enjoys isolation (something understandable during these pandemic times). That doesn't mean, however, that he won't talk his ish. "Look, these n****s be my sons / Without me, they'd be done," her raps. "Where the f**k would you gеt all your mood board pictures from? / That's why I been livin' on this island with my blunt / Ignorin' all these n****s 'causе my energy is priceless."

The rapper paired the single's release with a video he co-directed showing exactly the kind of life he's describing in the lyrics. We see him and his lady chilling in their house and enjoying their solitude. While that sounds very regular, there are several factors that make it quite quirky. They include a huge dog, bugged-out effects and sped-up movement that makes it feel as if the viewer has stepped into Aminé's wildest dream.

"Charmander" is a fun entry in the rapper's catalog. And if it's a harbinger of things to come, we welcome what's next from Aminé with open arms.