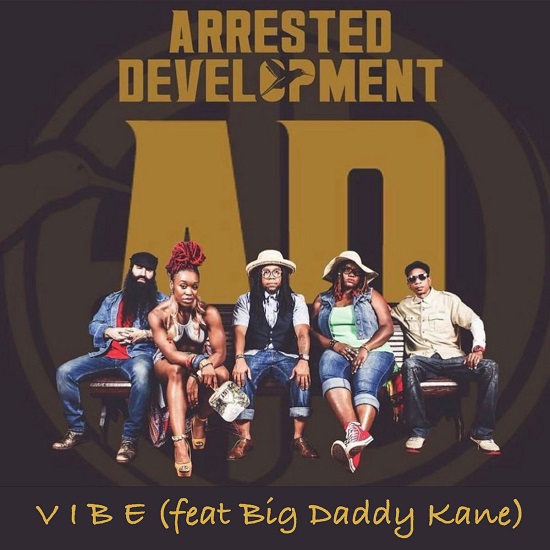 Arrested Development is back on the scene and ready to make us move. The group is readying their upcoming album For The FKN Love in the near future. But first, they take us back to the old school with the lead single "VIBE," featuring recent VERZUZ competitor Big Daddy Kane and singers Cleveland P. Jones and Tasha LaRae.

"VIBE" lives up to its name thanks to production from UK-based producer Configa. He gives the group a beat that evokes old-school hip-hop thanks to a mix of scratching, horn samples and a boom-bap beat that induces head nods almost instantly. It's a great setup for frontman Speech to talk his ish like only he can. He kicks intelligent rhymes that speak on many topics, including the conscious topics that put AD on the map with their debut album 30 years ago. Speech's rhymes are matched by Big Daddy Kane's, who reminds us why he's a hip-hop legend as he speaks to the fight that we need in order to further the success of our people. One of the best things about the track, though, is the love they show to the featured vocalists. Both Cleveland P. Jones and Tasha LeRae get the opportunity to shine for a considerable amount of the track's length with the chorus and a breakdown featuring them scatting and harmonizing over the groove.

Get into the "VIBE" with Arrested Development by listening to the track right here and then heading below to peep the cut's official music video — which is giving us flashbacks of their early videos like "Tennessee" and "People Everyday." After that, support the crew by purchasing the single and stay on the lookout here for more info about For The FKN Love's arrival.