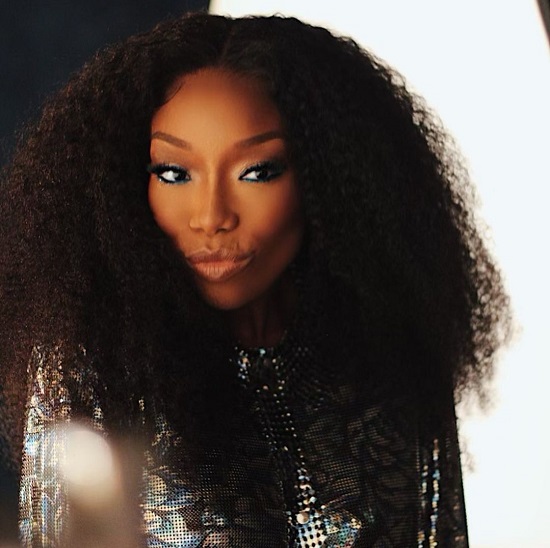 Last night's premiere of Queens kicked the series off with a bang as it introduced us to the Nasty B**tches as they once again ascended to their hip-hop throne. Along with introducing us to each of the ladies, it also showed us what transpired in the years since their fall from fame. For Naomi, the character portrayed by Brandy on the show, her relationship with her estranged daughter and her search for renewed stardom as a singer-songwriter will result in us getting some original music from the character throughout the show's run. The first taste of that came with "Hear Me," a heartfelt ballad that played throughout the season premiere. Now the single is available on streaming services for all to hear.

The acoustic guitar-driven ballad finds the character bearing her heart seemingly to her estranged daughter as she explains why she is the way she is. "I've looked everywhere and I mean every corner / Trying to find a way to let you know I care / I hope you hear me now," she sings. "I've done a lot of things I hate myself for / But I know you must hate me more." The song's apologetic chorus then goes on to demonstrate that she's trying to change for the better in order to make her wrongs right. Though personal to Brandy's character, the song is used in the show to soundtrack a pivotal scene where all of the ladies face their issues in order to finally come together and reclaim what was rightfully theirs, showing how tailor-made the song is for the series.

It looks like Queens will go the Empire route of releasing new original music throughout the series as we watch the ladies face the trials and tribulations of stardom and interpersonal drama together. We know that we'll be tuning in and queuing up our Apple Music and Spotify in anticipation of what comes next. Take a listen to "Hear Me," and then watch it soundtrack a scene in the new series when you hop below.


TAGS:  audio, brandy
Previous: Jessica Jolia Keeps It Real About Social Media On ‘Hashtag’ Next: Toian Tries To Work A Relationship Out In ‘Driving Me Crazy’