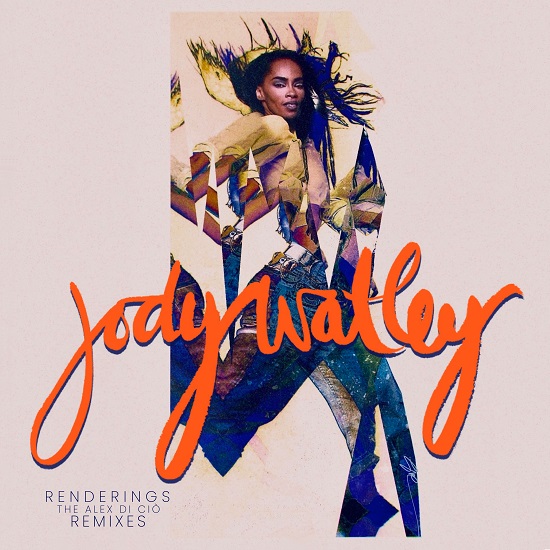 Since her arrival on the airwaves in 1970s as part of Shalamar, singer-songwriter Jody Watley has managed to stay on the airwaves and in our ears for nearly five decades. That's thanks in part to an expansive catalog that shows she's willing to take musical risks (not to mention her undeniable charisma and talent). In recent years, she's worked with a core group of collaborators, one of which includes producer/remixer Alex Di Ciò (whose work warmed up last year's EP Winter Nights). Jody has decided to spotlight just how well they work together by releasing an EP featuring his reimaginings of some of her songs, which she's calling Renderings: The Alex Di Ciò Remixes.

Renderings, which consists of five tracks, kicks off with brand new groove "Not A Single Day Goes By." A song about losing someone close, the track is something that many these days could probably relate to on a certain level. Despite being mournful in sentiment, the production by Di Ciò captures a slight joy thanks to the uptempo rhythm of the drums and searing guitar provided by former New Power Generation member Levi Seacer. Meanwhile, Jody delivers a convincing performance on the track as she sings of missing a loved one, often incorporating spoken word portions to bring even more emotion.

The remainder of the EP features glittering remixes of tracks from different moments throughout her career with a heavy emphasis on her 2003 effort Midnight Lounge. "Whenever" was already welcome on the dance floor in its original form, but Di Ciò makes it pop even more thanks to well-placed guitar licks and a slightly elevated bpm that gets things pumping while retaining a slightly jazzy vibe. Likewise, "A Beautiful Life" coasts on a disco-inspired house groove that twirls into the speakers and refuses to leave until you're dancing along to the pulsing rhythm, horns and melody. The remix of "Clouds" changes up the vibes, going for a mellow, airy sound to match the slight heaviness of the lyrics. It slinks in slowly as it fills the space like smoke, working perfectly with the slightly husky nature of Jody's lower register. Closing the set is a remix of "More," which is perhaps the most altered of Di Ciò's remixes here. The producer strips away the drum-and-bass of the original and reimagines it as a slow-burning tropical number with warm synths and keys swaying along to syncopated percussion and Jody's airy vocal.

If you're a Jody Watley fan, especially if you've been digging some of her most recent output, then this EP will definitely give you a reason to dance and smile.