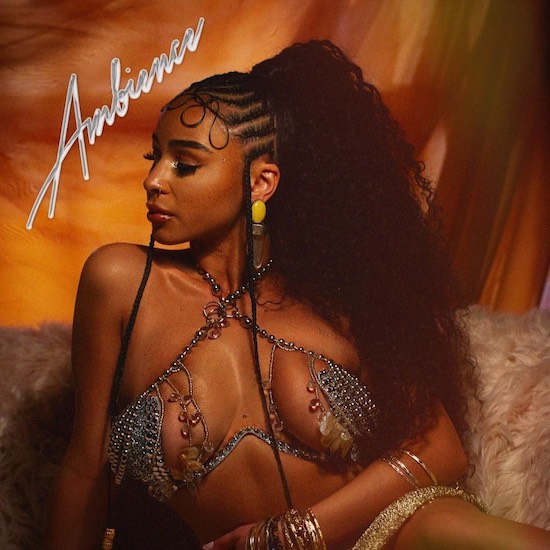 After making an impressive introduction with “Positions,” Nia Sultana creates a mood with her newest record “Ambience,” which serves as the lead single from her upcoming EP. The Brooklyn-bred soulstress explores the duality of her powers, possessing both masculine and feminine energy. Sultana gets straight to the point on the sensual track. “I had high hopes / But the d**k just wasn't hittin' like that / I just seen your text / I don't even care now to reply back,” she sings, letting her person of interest know that it wasn’t giving what it was supposed to give. It’s intrepid with sprinkles of maneater on top. And Nia Sultan is well aware, soulfully admitting the blow to his confidence.

The Brilliant Garcia-directed music video perfectly captures the theme of the song and showcases the ethereal singer radiating nothing but goddess vibes. Whether she's whipping around the city in her sporty convertible or changing outfits in her bedroom, her confidence sets the tone as she tells a tale of no longer entertaining an underserving relationship. The visual actually contains two parts and surprises the audience with a snippet of “Element,” a song we didn’t know we needed but sure hope makes the cut for her EP. The tone of the video switches while the setting remains the same as Nia turns up the volume on her stereo, pours herself some tea and does a sultry dance for the camera. The scene changes to Sultana frolicking in bed with another suitor with whom she's clearly smitten, letting the viewer know that she's happily moved on. For this to be her first-ever music video, Nia Sultana has done what she needed to do.

Nia brags on her Instagram that “SoulStress SZN officially loading,” perhaps hinting that her debut project is on the horizon. Her soulful nature infused with elements of R&B makes her a standout and the quiet storm we’ve been longing to hear.


TAGS:  audio, Brilliant Garcia, Nia Sultana
Previous: Mahalia Teams With AJ Tracey As She Deals With Softbois On ‘Roadside’ Next: Will Downing Announces Release Of His Milestone 25th Album ‘Sophisticated Soul’ Led By Single ‘The Warmth Of You’