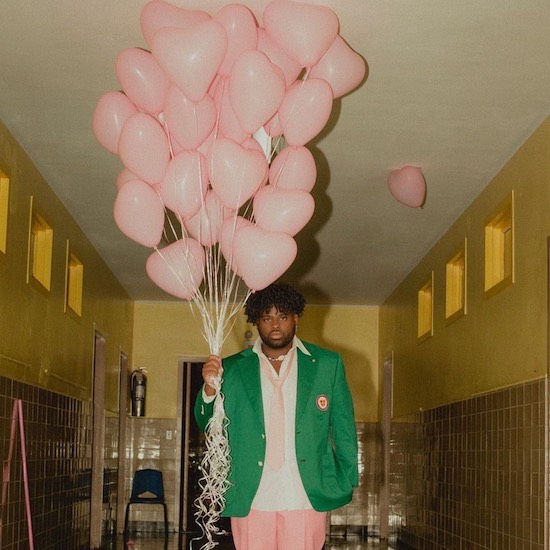 Pink Sweat$ recently shared his LG-sponsored single “I Feel Good” with the world. The track was a slight departure from the usual sound of the lovesick lothario, giving us an upbeat optimistic tone. Now the prolific Philly native has released yet another new single, “Nothing Feels Better,” the first listen from his upcoming project Pink Moon.

On “Nothing Feels Better,” Mr. Pink Sweat$ is in love, which is quite clear to anyone who visits his social media profiles. He's engaged to JL Bunny of the group Good Girl and hopelessly devoted the singer/choreographer. He's gone on record saying, "Now every song I write is about her," and it's evident that she's the inspiration for "Nothing Feels Better."

He sweetly coos on the first verse, “The world is mine but I want you / I close my eyes and déjà vu helped me realize / I’m right where I should be.” He pours his love for his lady into the song, letting her know that he wouldn’t trade her for anything else in the world over a simple acoustic guitar and drum beat. The laid-back groove is what we’ve grown accustomed to hearing from the artist, which is both a good and bad thing. His lyrics remain strong as ever, but we’d be hard-pressed to tell the difference between the production of this new track and any of his previous singles.

According to Pink Sweat$, “Nothing Feels Better” is, "the start of the Pink Moon era," so we're looking forward to hearing more new music from his direction and crossing our fingers that love inspires him to mix it up a little bit.


TAGS:  audio, Good Girl, JL Bunny, Pink Sweat$
Previous: Allen Stone Brings Us Back To ‘The Wire’ Next: Kenny Lattimore Affirms His Love On ‘Lose You’