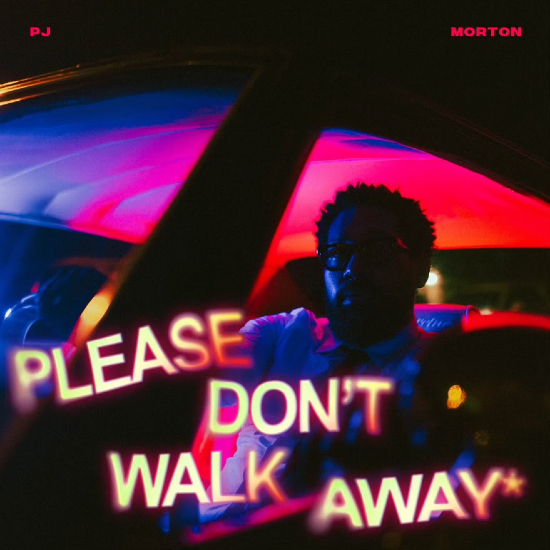 After taking a slight detour into gospel music with his last album – and winning a GRAMMY Award (his third in three years) for Best Gospel Album in the process – PJ Morton is back in his soul and R&B bag with his new single “Please Don’t Walk Away.” And much like his work on Gospel According To PJ, Morton is singing from the heart. Only this time it's from the heart of a man who's broken the one that belongs to his lady.

Of the track, the artist shared via press release, "'Please Don't Walk Away' is in the spirit of when men were honest and willing to be vulnerable in music. It came from a real place when I thought I was going to lose the love of my life. I just tapped into those feelings. And as it happens sometimes, something beautiful came from something tragic."

Over a tranquil groove of twinkling keys, guitar, bass, horns, strings and drums, PJ pours out his feelings, begging and pleading for the woman in his life to stay. Of course, this is still PJ, so he’s not giving us any Keith Sweat-style histrionics, providing listeners with a grounded, relatable conversation about real-life love instead. "And even with everything / That we've been going through / You never had to ask me / I still choose you / Oh, girl, please don't walk away from my love," he contritely sings. The song builds to a crescendo of vocal harmonies and a beautiful instrumental outro that will take your breath away.

Released in conjunction with a lyric video animated by Brik.Liam, Morton takes us on a late-night car ride as he practices his heartfelt plea. Like a fly on the wall (or in this case the hood of his sedan), we spy in on the man and his private thoughts. Occasionally, an animated silhouette of a woman appears in the passenger seat, a figment of Morton’s imagination, as he tries to picture her reaction to his lyrics.

What can we say? PJ Morton has done it again. Just go ahead and get his fourth GRAMMY Award ready right now. This fall promises even more new music from the multi-hyphenate, as well as a handful of live performances, including three nights with Robert Glasper during his residency at NYC's Blue Note and a headlining performance at the Kennedy Center in Washington, DC on Sunday, November 7th.