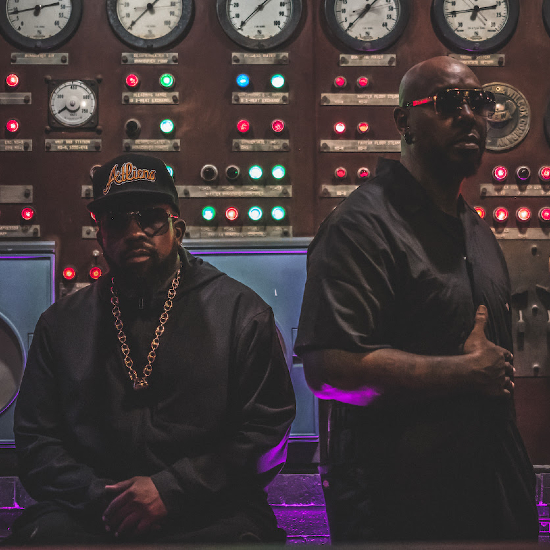 Atlanta hip-hop royalty Big Boi and Sleepy Brown are getting ready to finally release their long-awaited joint album The Big Sleepover. First teased in 2019, we've gotten a number of singles from the project since that time including "Intentions," "Can't Sleep," "We The Ones," “lowercase (no cap)" and "The Big Sleep Is Over." Before the project's official release, the fellas have got one more for us with their latest, the laid-back track “Animalz.”

Daddy Fat Saxx plays his position on the first verse with some witty lines about sex and relationships, but “Animalz” was definitely crafted for Sleepy to shine. Sleepy effortlessly rides the groovy bassline as he sings, "You're incredible / We're just sexual / We're just animals / It's like a zoo full of animals," on the chorus. He delivers the second verse singing in a whisper-like tone, creating an intoxicating experience. After they deliver their verses, listeners get to enjoy a funky sound bed of bass, drums, keys, animal sounds and sensual female moans for good measure. Big Boi shows his lyrical sense of humor on the bridge, telling his lady, “I said take that goddamn bonnet off, we’ll get your hair fixed later on / You might get a mani and pedi, too / When you dealing with the boss ain't nothing new.”

In the video for "Animalz," Big Boi and Sleepy recite their verses against screens displaying nature scenes and wildlife footage. Meanwhile, a couple of lovely ladies in lingerie await the duo in a bed. Although by the way the women are touching on each other, they might have already gotten the bedroom party started. Directed by Sloan, the visual is simple and to the point.

We suspect this isn't the last we'll see of these two over the next few weeks. After a lengthy delay, Big Boi and Sleepy Brown’s The Big Sleepover is scheduled to arrive on Friday, December 10th.


TAGS:  audio, big boi, sleepy brown, Sloan, The Tonight Show Starring Jimmy Fallon
Previous: Method Man Reminds Us That Age Ain’t Nothing But A Number On ‘NEW OLD SCHOOL’ Next: Sidibe Takes Our Breath Away With A Stripped ‘Hold Your Breath’