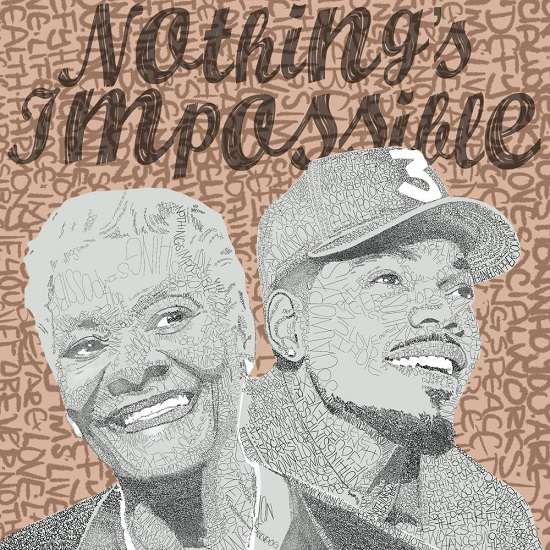 The internet has made many things we thought impossible come to fruition, from the unexpected creation of the VERZUZ series to the forming of super groups. One very unexpected collaboration that the internet has brought us this week is the pairing of the iconic Dionne Warwick and rap star Chance The Rapper. The twosome, who we assume were brought together by Dionne's famous tweet about his artistic moniker, get together on the new song "Nothing's Impossible."

The tune is an inspirational cut produced by Dionne's son Damon Elliott and Chance's crew Smoko Ono and Peter Cottontale. The crew cooks up a sweet sounding mix of piano and percussion that combines a bit of gospel and R&B in order to teach folks to believe in themselves. The simple chorus explains it all, with the two singing, "Nothing's impossible if you believe / Nothing can stop you from what you'll achieve / Dreams are forever, yes they are / So don't ever question who you are." While Dionne handles most of the melodic vocal duties, Chance supplies the track with his sing-song style of rap as he shouts out everything from Superman to Moana and Pocahontas to get his point across. Dionne, meanwhile, encourages us to not dwell in the past and show up for those we love.

It's not just the internet that's bringing Dionne Warwick and Chance The Rapper together. Proceeds from this collaboration will benefit Chance's SocialWorks nonprofit and Dionne's charity Hunger: Not Impossible. So you should go ahead a pick up your own copy of the track and stream it up in order to help support both causes. Get a head start by listening to "Nothing's Impossible" right here when you press play.