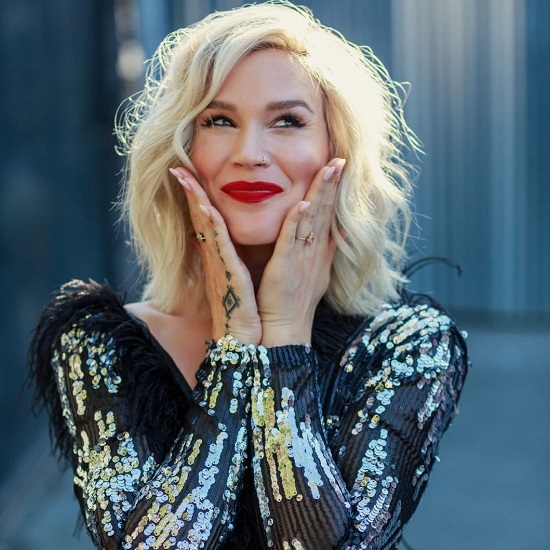 When we last heard from singer Joss Stone, she was encouraging harmony with her one-off single "Walk With Me." Now, nearly a year later, the singer is ready to embark on her new musical journey as she puts together her new album Never Forget My Love, set for release early next year. To whet our appetites for what's to come, the singer has released the set's title track as its lead single and given us a flashy video to accompany it.

"Never Forget My Love" is a smoky, soulful number that throws back to the sound she took on early in her career. Co-written with collaborator Dave Stewart, the song starts with a thick bass line, strings and guitar that set the stage for what's to come. Joss then comes into full focus with a strong vocal as she sings of a love that has left its mark. Her remembrances lead up to the horn-soaked chorus as Joss sends a message to her lover. "Never forget my love / I'll never regret this love / I know the time has come / I gotta run, but please / Just never forget my love," she sings.

She takes a simple approach to the video, which prominently features her in a low-cut, sparkly sequined jumpsuit as she sings. Also incorporated are set pieces featuring a string trio, horn players and dancers as they perform to the track. Though simple in appearance, it manages to capture the essence of the song while showing what this new era will look like for Joss Stone.

Check out both the stream and video for "Never Forget My Love" below. Also, Joss will embark on a tour in support of the upcoming album with fellow songstress Corinne Bailey Rae in 2022. Tickets for the US tour are available right now via Ticketmaster.