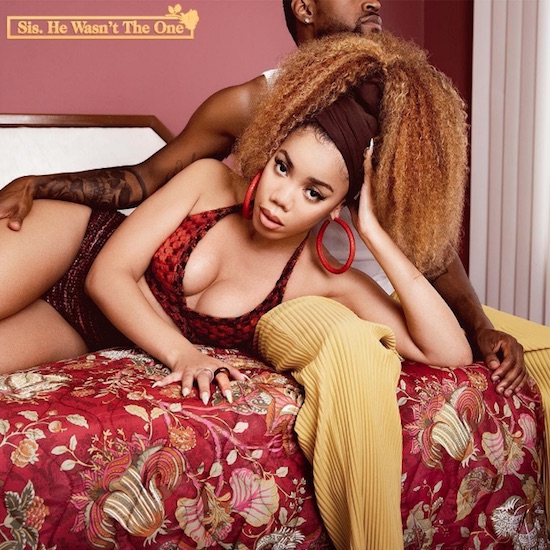 Listeners and fans who have come to know KIRBY know that there is very little she does without artistic intention. From her unmissable mane, fashion choices, color schemes, song titles, breakdowns in songs and even her satirical positioning and facial expression on the cover of her new album, Sis. He Wasn’t The One, she is a complete artist. On this project we find the southern siren cleverly maintaining and responding to the theme of her debut, Sis, in both title and spirit, taking us on a duplicitous trip through dating trial and error.

Produced entirely by Spencer Stewart and Mike Irish (with one assist from King Garbage), it’s almost as if the two producers knew their roles, with Stewart playing enabler and being responsible for all the tracks with expletives, exhibitionism and exes, then Irish creating the music for the more simpatico, hopeless romantic and lyrical songs.

For the first five tracks, KIRBY seems to need to exorcise her inner F-girl demons with songs like the popular singles “Break Her Heart For Me” and “Boyz II Men,” before being able to dive into those truly potent and vulnerable spaces. Sounding like a descendant of Erykah Badu’s Lo Down Loretta Brown alter ego for most of these songs or like the female Bilal meets Anderson .Paak with scratchy falsetto, she switches from head voice to throat voice on the undeniable groove and the project’s only uptempo song “Coconut Oil.” KIRBY flexes her enviable pen to showcase the lighter side of artistry with punchlines and sassy musings that become contagious. On the aforementioned “Boyz II Men,” KIRBY shows that she could easily fill in for Issa Rae and write an episode of Insecure as she describes different scenarios of making poor choices and kissing toads that were doomed to never turn into princes at her own expense.

The road curves at the midpoint, showing the first signs of traditional R&B in grand fashion with a sexy duet with BJ The Chicago Kid entitled “Lately.” Both singers’ voices meld beautifully, dripping over each other’s as they languish in slow soul heaven, declaring, “All that I want for me / Is you.” The song “First” boasts a similar sexiness, with KIRBY finding herself reveling in reminiscence. But it’s on the raw, stripped-down “Blame The Internet” where KIRBY wastes no word, nor note, nor melody to showcase her poetic brilliance in describing the ache that accompanies letting go of a deep love. Here she wails, “And my phone has all of those texts / And that pic, yeah that pic that you sent up at 2 am / I am, I am, trying so hard to get over you / With this phone in my hand / How can I find someone else to love? / With this phone in my hand, it's pain per view.”

On “Wish I Loved,” she repeats this phrase for the hook, in the same way you’re supposed to when seeing a shooting star. She ends the chorus with the lament, “I wish I loved somebody that much / Or somebody loved me that much.” This is after listing all the Black girl magical ways she would avail herself to a potential soulmate and before she vamps out on a Kendrick Lamar-style cadence at the end of the song.

KIRBY satisfies both the mature and immature sides of herself while perhaps appealing to those sides of her listeners all on one project. Listen to it as the complete artful work that it is – from a complete artist.

KIRBY Sis. He Wasn't The One [Amazon][Apple Music]