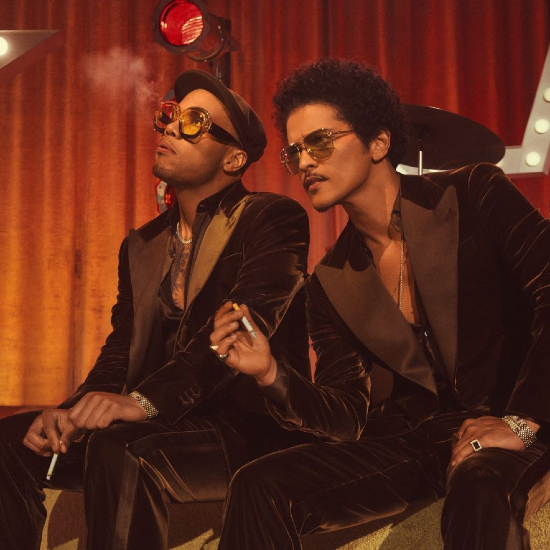 While Future may have made the phrase "she belongs to the streets" famous, he didn’t make it sound nearly as sweet as Bruno Mars and Anderson .Paak do in their new Silk Sonic song "Smokin Out The Window." On their latest joint single, the dynamic duo puts a soulful twist on the classic tale of betrayal and heartbreak by a woman who’s a liar, cheater, and deceiver.

"Smokin Out The Window" is an old-school jam with a humorous twist. From jump, Bruno Mars is complaining about her wicked ways, singing, "Got her bad a** kids runnin' round my whole crib like it’s Chuck E Cheese (whoa, whoa) / Put me in a jam with her ex-man in the UFC." While the heartbreak is played for laughs, it's still serious business. Not just in the way the boys are masking their pain, but the song itself. The production, courtesy of D'Mile, features a butter-smooth '70s soul groove that is A-1 and .Paak and Mars stay on point vocally as they go back and forth with effortless chemistry.

The retro video, directed by Mars and John Esparza, has Silk Sonic performing on a '70s talk show stage to an imaginary studio audience. Decked out in matching brown velvet, Bruno and Andy — along with their band and backup singers — put on a show, while pretending to smoke on stage (though we think Bruno’s cigarette might have been lit for real). Meanwhile, Anderson is doing the most, including laying on the floor like he’s dead, jumping up to exclaim "b***h" and generally just acting a damn fool.

"Smokin Out The Window" is the third single from the fellas' An Evening With Silk Sonic project, slated for a November 12th release. It follows "Skate" and "Leave The Door Open." With "Leave The Door Open" having been released way back in February, we’re happy to hear that the full project is finally on the way. It will more than likely be the perfect soundtrack for cuffing season (and maybe even cooking Thanksgiving dinner).