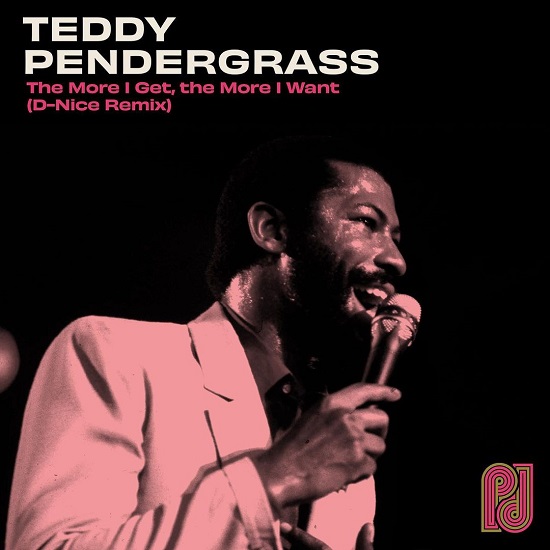 You can't get more Philly soul than Teddy Pendergrass. The legendary singer made a mark on the '70s and '80s and became the face of Philadelphia International Records with his seductive baritone and five consecutive platinum solo albums. It's only fitting, then, that Teddy's catalog is one that they're mining to celebrate the 50th anniversary of the esteemed label. To that effect, they've enlisted in-demand producer and DJ D-Nice to remix the singer's classic track "The More I Get, The More I Want."

The song, a 1977 favorite from Teddy Pendergrass though it was never released as a single, was known for its slinky opening bass line and disco-fied groove. D-Nice picks up on the disco base of the song and goes from there. That means that rather than ease into the uptempo groove, he starts the track with high energy and doesn't really let up. It's an effective strategy that gets the listener moving early in the game. And with D-Nice stretching this groove out to nearly seven-minutes, it's also a call to sweat it out on the dance floor. That's especially obvious at one of the track's rare pause points, where the bass line creeps in as the drums are brought back in at a rapid-fire clip and the layers of the track are built up to reach the song's final, string-laden climax.

The remix is part of a year-long celebration of Philadelphia International Records that includes a host of box sets, compilations and reissues featuring songs and albums from their storied roster of artists as well as a partnership with Vinyl Me Please. In addition, there is also an ongoing playlist of remixes on multiple streaming services for the occasion called P.I.R. Remixed which can be accessed here. But before you head there, put on your dancing shoes and listen to D-Nice take on Teddy Pendergrass with his remix of "The More I Get, The More I Want" right here.