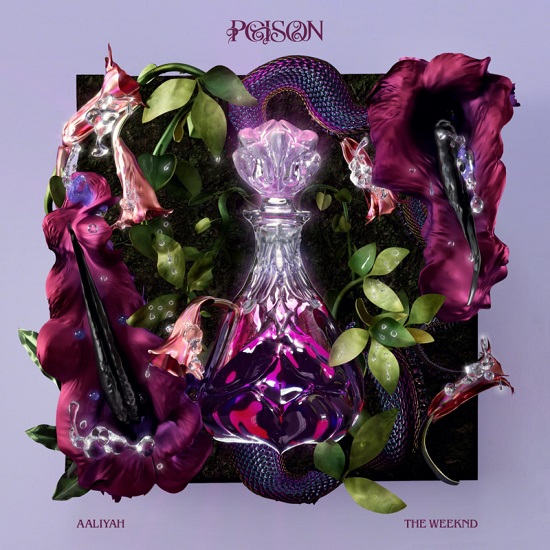 Aaliyah and her legacy are back in a big way now that her classic albums are finally available on streaming. But fans of Aaliyah have a lot more in store in the coming months. A new posthumous album, Unstoppable, is on the horizon and will feature collaborations with a host of current artists. We get our first listen to the project with new single "Poison" featuring The Weeknd.

Produced by Nick Lamb and DannyBoyStyles and with writing credits from the late Static Major and The Weeknd, "Poison" is a ballad that deals with a toxic love affair. Over smooth, airy production, she states her case and confusion about what she's feeling. "How can I explain myself to you? / Questions keep lurking through my mind / Is it the lover for the time?" Aaliyah questions. "I've given my heart, my joy, my soul to you / If it is real, I sure can't see / Gotta start lookin' out for me." The Weeknd — who famously sampled "Rock The Boat" on his 2010 breakout single "What You Need" — continues the story on the chorus, singing, "This feeling, there's no drug that can compare / You're so cold, I can see your breath, I swear / They told me not to fall in love / Wondering where it all went wrong / You were my poison all along."

While it's good to hear "new" music from Aaliyah, there's something a bit off about the song. In particular, Aaliyah's vocals, which are poorly mixed and sound filtered through an old computer. Babygirl has one of the most recognizable voices in R&B, so the variance in her "Poison" vocals is noticeable. Piecing together new songs from her studio scraps is one thing, creating a new (and not very good) voice for Aaliyah is another.

A release date for Unstoppable hasn't been specified as of yet, but a who's who of names — including Drake, Ne-Yo, Chris Brown and others — have been thrown around as featured guests. All that remains to be seen. However, you can listen to Aaliyah and The Weeknd on "Poison" right here and right now.