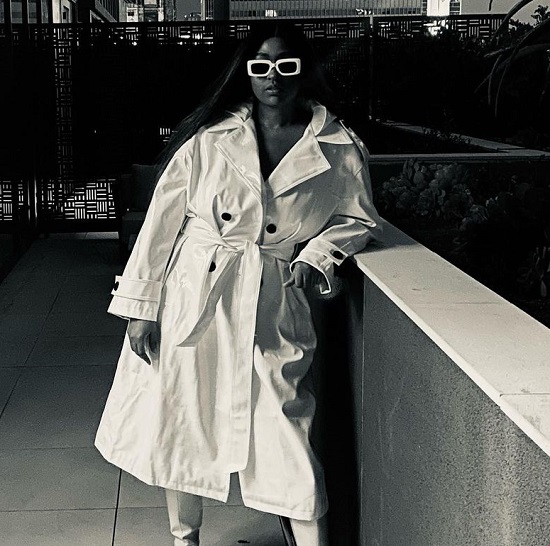 Jazmine Sullivan seems to be sharing her talents everywhere these days. From her own GRAMMY-nominated set Heaux Tales to collaborating with friends such as Leon Bridges ("Summer Rain"), the songstress is in high demand. But that doesn't mean that she can't find time to diversify her offerings further. She proves this by making an appearance on the soundtrack for Netflix's tick, tick...BOOM!, a biographical musical which takes on the life of late Rent scribe Jonathan Larson, with her version of the musical's song "Come To Your Senses."

"Come To Your Senses" is a big moment in the musical that the film adapts, playing into the love story happening on the screen. Being that it is from a musical, it plays to a certain theater sensibility. The singer's take reimagines it as more of a pop ballad as she switches it to a solo piece backed by guitar and finger snaps. Of course, it's also impossible for Jazmine Sullivan to touch something and not infuse it with a transcendent soul sound thanks to her full, raspy vocal. She makes the already sweet and sentimental song soar as she begs a lover to wake up and realize the love that he has right in front of him.

tick, tick...BOOM!, which was directed by Hamilton creator Lin-Manuel Miranda, is available to stream on Netflix now and the film's soundtrack is for sale at retailers. Listen to Jazmine's version of the song right here and learn the lyrics by watching the lyric video below.


TAGS:  audio, jazmine sullivan, Jonathan Larson, lin-manuel miranda
Previous: John Legend Is In The Christmas Spirit In ‘You Deserve It All’ Next: Lucky Daye Has A Mean Love Hangover On ‘Candy Drip’