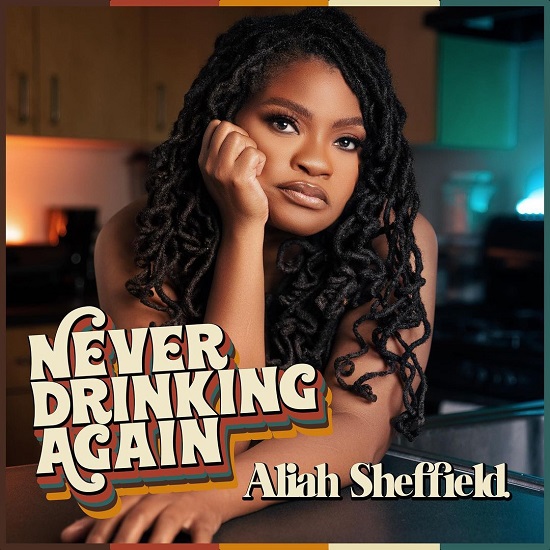 We know you've heard the sweet, stirring voice of Aliah Sheffield — especially if you happened to be on Instagram or YouTube in 2021. The singer touched our hearts and struck a nerve when she released her viral song "Earth Is Ghetto" on the platforms in December 2020. With the song blowing up there and on TikTok, Aliah had our attention, and our eyes and ears were waiting to see what the singer-songwriter would do next. Well, her next step is the release of her single "Never Drinking Again."

"Never Drinking Again" gives us a more fully realized sound than the version of "Earth Is Ghetto" we first heard, offering a rich sound bed filled with keys, guitar, ticking hi-hats and drums. The slow, low-key groove sets up the lament of a woman literally lost in the sauce. Aliah takes on that role as she looks to change things up after having one too many drinks in response to life's hardships. "I'd like to get my life right / Soon as I get through the night," she sings on the opening verse. "Some things look better with light / Maybe tomorrow I'll try." She's looking to pour her problems away just like the alcohol she's pouring down the drain. And though the song has a tinge of melancholy in its groove, her strong and clear voice — both as she sings and through her lyrics — offers a bit of hope that this, indeed, will be the last time that she lets her problems overtake her life.

Aliah Sheffield might not be a household name yet but the singer proves that her viral fame wasn't a fluke. It was just the world finally taking notice of a talented artist who was always ready to shine.


TAGS:  Aliah Sheffield, audio
Previous: The ‘Unstoppable’ Legacy Of Aaliyah To Continue With New Album This Month Next: Sherren Olivia Has Questions That Need Answers On ‘Are You Alone’