9th Wonder Talks ‘Dream Merchant’ and the Chipmunks do Kindred 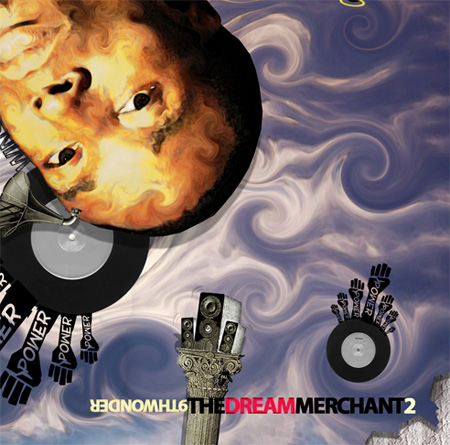 9th Wonder
on his Hip-Hop course at NCCU:

I'm 32 so of course I know who Gang Starr is but kids don't know who
Gang Starr is. I can't blame them for not knowing, because when the
first Gang Starr album came out these kids were two years old so it's
not fair. This is a way they can find out without being persecuted by
aunts and uncles and older brothers saying 'Y'all don't know who Black
Moon is? That's bad, you should know!' and the kids is like 'What!? You
can't get mad at me!'

9th is all about the kids, kid. In an interview with Format, 9th talks about how his Dream Merchant Vol. 2 tape is 100% his in spite of the guestlist, and how he feels it can't compare to the work of Pete Rock, Primo, RZA or even Kanye. He also talks about the situation (or lack thereof) with Little Brother and how warm and fuzzy he is on the inside. Awwww.

The DM2 preview is over at HipHopDX and Analog Giant has 9th's "Ya Hear Me" ft. Jozze Mo.

Speaking of warm and fuzzy, I had to post this clip I found of The Chipmunks doing Kindred's "Where Would I Be" (not so much "doing" as slick vocal manipulation). I know this might be a little counter-focused after a 9th Wonder update, but the segue was organic and, well, I'm the Managing Editor so deal.