It's official, Eric Roberson has no sense whatsoever. Check out his rendition of Tay Zonday's "Chocolate Rain" from a show he did this week at SOB's in NYC:

That's a classic Erro moment right there. And speaking of classics... 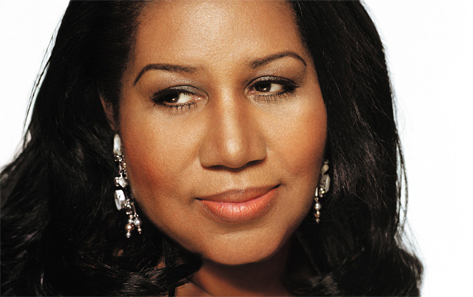 On the heels of our Diana Ross post comes the news that another legendary diva's classics are being unearthed and remastered. Aretha Franklin, the original Queen of Soul, will have her Rare and Unreleased material from Atlantic brought back to life by Rhino. Via Billboard:

Previously unreleased material from Aretha Franklin in the vaults at Atlantic has been unearthed for an upcoming collection from Rhino Records. The double-disc "Rare and Unreleased Recordings from the Golden Reign of the Queen of Soul" will be released Oct. 16, featuring B-sides, demos and outtakes from Franklin's 13-year history with the label.

We don't know about anyone else, but we can't wait to hear this new old material from Aretha in her prime. Something tells us that even her scrapped recordings will sound better that the majority of today's commercial R&B.