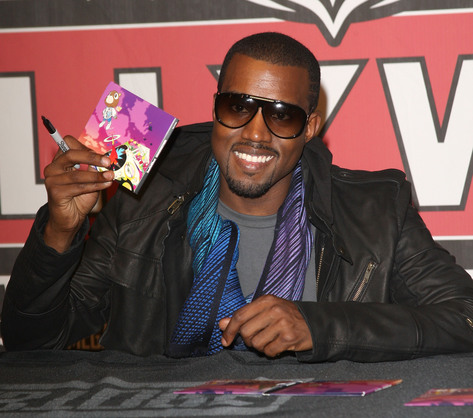 It's official, Kanye West has sonned the competition and landed firmly atop the album sales chart with a reported 930K copies of Graduation sold, according to HITS Daily Double. Official SoundScan numbers haven't been reported yet, but does it even matter at this point? 50 Cent lost the battle with his distant second-place showing. Don't be mad, Curtis, we hear UPS is hiring.

In other Ye news, did he burn a bridge at MTV with his post-VMA rant? Perhaps, but maybe we'd be pressed if they actually played videos on the channel with any regularity these days. [NYDN]


TAGS:  50 cent, graduation, kanye west, mtv
Previous: Jill Does JET Magazine Next: Diggin’ In the Crates: Raze It Up And ‘Break 4 Love’