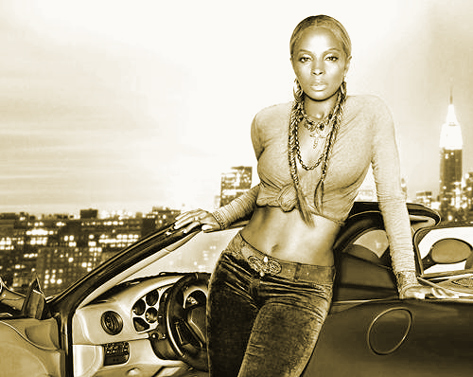 When I first heard that our beloved Mary J. Blige was releasing Growing Pains early this winter, I was a little worried. There's a lot of competition in the R&B arena around that time with Alicia and Mariah dropping their own opuses, and although I'm not concerned that the other ladies will "best" Mary, I don't want her suffering from a possible overload.

"Overload". Not "showdown". There's a difference. Onward and upward.

I haven't been this excited about an initial single of hers since "All That I Can Say". Yeah, it's been that long. "Just Fine" is a disco-infused party joint with a BPM that clocks in at 123. Mary's best upbeat tracks lean more on Disco than Hip-Hop, this I'm willing to argue. Produced by Tricky Stewart and Jazze Pha, it's optimistic without being saccharine and reinforces that Mary doesn't have to rely on pain to make a hit. I'm especially feeling the cowbell.

TAGS:  mary j. blige
Previous: “They’re All Gonna Laugh at You!” Next: Who’s “More Than A Woman”? Aaliyah or Angie Stone?