Why D’Angelo Should Probably Keep the Weight 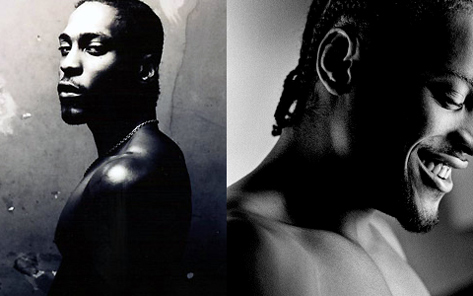 Would you be less likely to purchase D'Angelo's next album if he didn't look like a god?

There's been much made of his weight gain and unkempt look over the past few years, but it must be argued that this isn't simply a case of falling on hard times and not giving a damn. Anyone that's been paying close attention to D'Angelo's career knows that the "Untitled (How Does it Feel)" video was his jump-the-shark moment. It was so provocative and polarizing that no one could recover from it, least of all him. Maybe he has a point to prove.

It's not normally in my nature to sympathize with someone with abs of steel, but not being able to perform your body of work without the crowd screaming "TAKE IT OFF" has to be frustrating for any serious artist. This is D'Angelo ya'll, not Pretty Ricky.

He is arguably one of the most talented modern purveyors of soul, taking his cues from Marvin and Stevie and giving us music that is raw, melodic, and progressive. His work should not be driven by how good he looks shirtless. Voodoo was a standout album that was overshadowed by his nakedness, and for any so-called fan to place a higher value on his appearance than his actual music is downright disrespectful and disloyal.

Perhaps it's time for another renaissance, to usher in an era where hard bodies do not a career make. I'm being real Utopian right now, but in the case of an artist like D'Angelo, this shouldn't be considered an impossibility.

If he delivers another classic album along with a Voodoo-era physique, I wouldn't be mad. The music should come first, though.

TAGS:  audio, d'angelo
Previous: Little Brother Teases Us With a ‘Get Back’ Sampler Next: Would This Have Anything to Do With Your Album Leaking?