Get in Line, Lupe 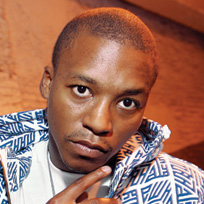 Lupe Fiasco is threatening to "take legal action" against VIBE for the article they recently posted online, which lead most of us to believe he was nucking futs for dissin' A Tribe Called Quest in the wake of his Hip Hop Honors performance. But actually, he's only slightly nucking futs (?) since the article was presented in the wrong context. It actually was supposed to reflect his insanity of weeks prior to the performance. But it was still a diss in a way, right? So, I'm not sure how deep the law goes as far as misrepresentation by way of context and whatnot, because that can be argued. Also, in the audio posted here (courtesy of RTNY) he says he likes Soulja Boy! So that must be a lie, right? As in, slanderous? So I should sue him now?