Jill Scott And Janet Jackson Are Tops At The Box Office 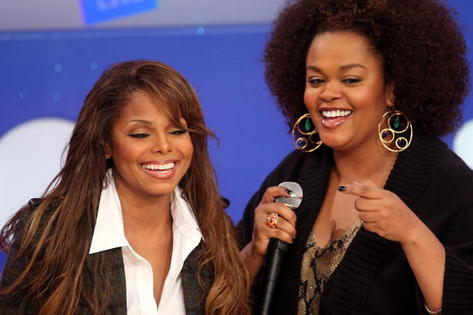 Congratulations are definitely in order for Jill Scott and Janet Jackson who both hit number one this past weekend--and not on the Billboard Hot 100 or any other music charts. These two lovely ladies known widely for their vocal talent both flexed their acting chops in the film Why Did I Get Married? and snagged the top spot at the box office. The latest Tyler Perry flick beat out some stiff competition and made $21.5 million over the weekend. Positive reviews and strong word of mouth may just carry this flick to a second week on top. Kudos to Jilly, Janet and the rest of the cast!

Tyler Perry's 'Why Did I Get Married?' Tops Box Office [FOX]


TAGS:  janet jackson, jill scott, tyler perry, why did i get married?
Previous: To Pay Rent Or To Buy New Music? That Is The Question. Next: How Time Sorts Things…