Stax Records is enjoying a renaissance with artists such as Angie Stone, Soulive and N'dambi on the roster of the legendary label. However, as excited as we are about new music from these talented artists, we can't forget the rich history of the home to Southern-fried soul. This year Stax celebrates its golden anniversary with the release of three DVD's to celebrate the Stax Records story and relive the magic of the past.

Dreams To Remember: The Legacy of Otis Redding, Respect Yourself: The Stax Records Story, and the Stax/Volt Revue Live in Norway 1967 concert DVD have all gone on sale in the past few weeks and are a must for any lover of classic soul music to have in their collection.

Peep this preview from Respect Yourself: The Stax Records Story, as narrated by Samuel L. Jackson:

More on the DVD's after the jump.

Dreams To Remember: The Legacy Of Otis
Redding
features classic performances with
re-mastered sound and video as well as in-depth
interviews with those who helped Otis write and
create his incredible music with stirring
reminiscences from his wife Zelma and daughter
Karla. Also interviewed are Steve Cropper, who co-
wrote with Otis and played guitar on virtually every
record he made at Stax; Wayne Jackson, the trumpet
player for the Mar-Keys/Memphis Horns who also
played on most of Otis' recordings, and Jim Stewart,
the founder of Stax Records, who gave his first
interview in 13 years for this DVD. These tender and
insightful interviews paint a portrait of Otis as an
amazing singer, artist, songwriter, and family man.
The story begins with memories of his first amateur
talent contests and concludes with the touching
recollections of the final days leading up to the tragic
plane crash on December 10, 1967.

In the Respect Yourself: The Stax Records
Story DVD, 1957, a square, white bank teller who knew
nothing about African- American music launched a
record label with only a tape recorder in a barn on the
outskirts of Memphis, Tennessee. Over the next two
decades, the racially-integrated Stax studio - which
had moved to a theater in South Memphis by 1960 -
would produce a string of hits that defined
the "Memphis Sound": "Soul Man," ", (Sittin' on) The
Dock of the Bay," ", Green Onions," ", Midnight Hour," ",
I'll Take You There," ", Respect Yourself," ", Theme
from Shaft,"'Shaft', and many more. "We were so
busy
working and having fun that we didn't realize the
impact that we were creating at the time," says
Stax
superstar Isaac Hayes. Stax Records would become
one of the largest and most successful black-owned
companies in the nation and a virtual soundtrack to
the Civil Rights movement before succumbing in
1975 to financial and legal battles. The film will detail
the story behind the legendary label that launched a
who's-who of soul music greats: Otis Redding, Sam
& Dave, the Staple Singers, Isaac Hayes, Eddie Floyd,
Carla and Rufus Thomas, Albert King, and Booker T.
and the MGs, to name a just a few.

The Stax/Volt Revue Live In Norway 1967
DVD features for the first time on this 75-
minute concert DVD are 18 classic full-length
performances by some of the greatest soul artists of
all time. Highlights include an amazing five-song set
by the great Otis Redding and a blistering four songs
by Sam & Dave. Also featured are performances by
the legendary Booker T & the MGs, Arthur Conley,
Eddie Floyd, and the Mar-Keys. Issued with the full
cooperation of the artists or their estates, this DVD
captures the Stax/Volt Revue on an amazing night
during one of most legendary and important concert
tours of the last five decades. Otis Redding delivers
jaw-dropping versions of "Shake," "Satisfaction," the
only known filmed concert performance of "Fa-Fa-Fa-
Fa-Fa (Sad Song)" and a six-minute version of "Try A
Little Tenderness" in which he comes back for four
encores. Sam & Dave show why they were
nicknamed "Double Dynamite," with powerful
performances of "Hold On! I'm Comin'," "When
Something Is Wrong With My Baby" and a chilling
version of "You Don't Know Like I Know." Other
highlights include Booker T & The MGs' scorching
rendition of "Green Onions," Arthur Conley's definitive
version of his big hit "Sweet Soul Music," Eddie
Floyd's soulful "Raise Your Hand," and the Mar-Keys'
grooving take on their top-five hit "Last Night. 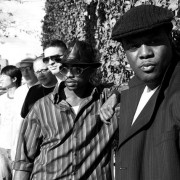 You Won’t ‘Forget’ The Revelations Feat. Tre Williams With This Stax Cover 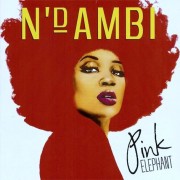 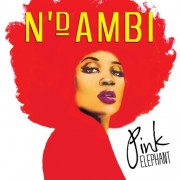 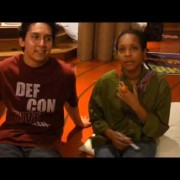 Morning Soul: Come Into My Life 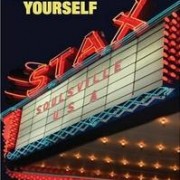 Respecting The Legacy of ‘The Stax Records Story’