Congratulations are definitely in order for the winners of the 2007 SoulTracks Readers' Choice Awards. The ceremony was held this year in conjunction with the 6th Annual Urban Organic Festival in Detroit last Friday night at the Cobo Convention Center and a veritable who's who on the independent soul music scene was on hand for the occasion.

The SoulTracks Awards featured performances from numerous nominees including Eric Roberson, Maya Azucena, Gordon Chambers, Conya Doss, and Russell Taylor. Also taking to the stage was Rahsaan Patterson who beat out Erro and Anthony David to walk away with Album of the Year honors for his CD Wines and Spirits. All was not lost for Anthony David, however, whose duet with India.Arie, "Words," won Song of the Year. Former Incognito songstress, Maysa, and former background singer turned accomplished front man, Phil Perry, were voted Female and Male Vocalists of the Year and also wowed the attendees with their performances. Rounding out the winners were Kloud 9 who won Duo/Group of the Year, Kendra Ross who was voted New Artist of the Year, and former lead singer for the Stylistics, Russell Thompkins, Jr., who was recognized with a well-deserved Lifetime Achievement Award.


TAGS:  awards, soultracks
Previous: So Who Is Common Dating This Week? Next: Bobbbaayyy!!!!!!! Whitney is About to Put it Down in Kuala Lumpur 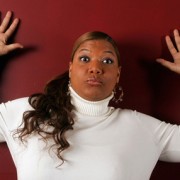 Morning Soul: We Gotta Put You On 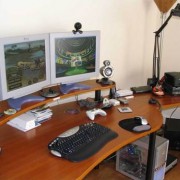 ‘Worksafe’ is the New Black