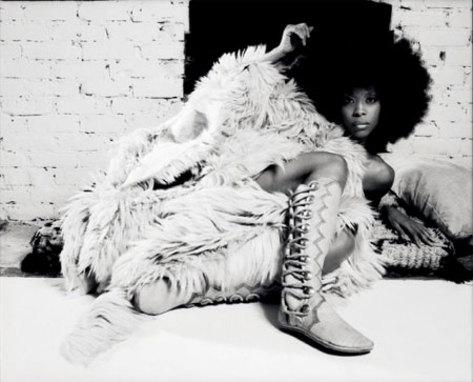 Erykah Badu's new single has leaked and it's sweet like "Honey." OK, OK, that was too easy, but all similes aside, the 9th Wonder-produced song sounds like classic Badu. The track itself sounds a tad unfinished, so this may or may not be the final version, but we're loving it regardless.

Last week when Erykah chopped it up with Talib Kweli on Rap City she mentioned that "Honey" would be the first single from her new album, tentatively titled Kahba, which is scheduled to drop on her birthday, February 26, 2008. Don't you just love someone who gives presents on their own birthday?

Check out the "Honey" single cover after the jump.