Home Bounce Over There, We Hear 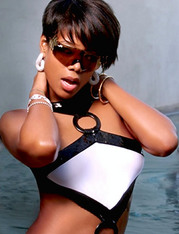 It's time for even more Crowd Participation from SoulBounce readers in the form of a new column we're trying out today. We'll cover a number of "important" or interesting music items from this week and have you tell us whether it's "sh--" (a mess) or "shinola" (a good look).

Sh*t or Shinola? Kelis Getting Bumped From Jive
For some reason, Jive prematurely setting Kelis free of her label deal seems to be HUGE news across every urban and music site in our orbit. You think if she shaved her head and busted a car window that they would've kept her?

Sh*t or Shinola? Angie Stone's "And One More Thing" Tour 2007
There's an interview coming up in which Angie Stone details her split with J Records and D'Angelo. Again. The internet moves fast, ya'll, and we might feel like we already have a solid understanding of what went down. You think there's anything left to learn?

Sh*t or Shinola? 'American Gangster' Leaking All Over the Place
Notice all those tracks popping up all over the interwebs from Jay-Z's American Gangster album? How about the film itself? You might have a few enterprising music journalists to thank for the infraction. (Vote "shinola" if you benefited from this leak!)

Sh*t or Shinola? Amy Winehouse Being Banned From the U.S.
While it can be argued that Amy Winehouse's extra-medicational activities are part of her appeal, perhaps it was really time for someone to put their put down. Now she can't perform in the U.S. because of her recent drug arrest. Should she be learning her lesson at the expense of her American fans? (yes, probs, but chime in anyway)

Sh*t or Shinola? Fantasia Pissing Off Her Hometown
Who's to blame for Fanty's illiteracy? In her book Life is Not a Fairytale, Fantasia surmises it's her hometown's school system, and finally now some folks in her old hood are heated. Could Fantasia be right? Or is this some sh*t?

Let us know in the comments!