Alicia Keys To Play Lena Horne, ‘No One’ Can Touch Her On Charts 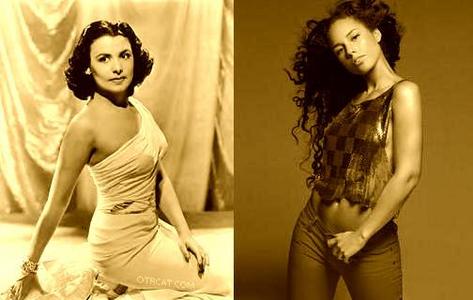 Oprah Winfrey has confirmed that Alicia Keys is set to play Lena Horne in an upcoming biopic about the legendary entertainer's life. The media mogul chatted about the upcoming project while working the red carpet at the premiere of The Great Debaters. Oprah will produce the Horne bio, and a script has already been written for the movie slated to start filming in '08.

If done right, this Lena Horne role could do for Alicia Keys what playing Dorothy Dandridge did for Halle Berry. Let's just hope that Keys doesn't resort to showing her berries and other assorted goodies on film like the latter.

And in other Alicia news, she continues to ride high on the Billboard Hot 100 with "No One" topping the chart for a fourth week. She also rules the roost on the Hot R&B/Hip-Hop Songs chart for a ninth week. Impressive? Yes. Surprising? No.