Dissecting the Grammy Noms: Who ‘Should’ Win? Who ‘Will’ Win?

It's the time of year music bloggers netwide love and hate: THE GRAMMYS! We love it because it inspires debate and causes us to re-examine the state of the music industry and it's creative talents. We hate it because, even though we try to be as objective as possible, we still have our own personal favorites and to see them lose to someone we deem less deserving is not a little heartbreaking.

Your Friendly SoulBounce Editors, nOva, ill Mami and Butta weighed in on who should take home some trophies, and who probably will. Check out our thoughts after the jump and leave your personal predictions in the comments. 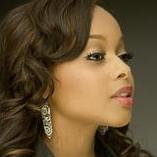 nOva says: I love Mary and Jill but Chrisette should win. That song gives me chills. But you know Alicia will take it home. Doesn't she own the Grammys?
ill Mami says: I
love everybody in the category, 'cept 'Licia who knows she needs to
step her game up. My allegiance is with Jill, and she'll likely get
this award. Industry folks love her, Mary, and Ms. Keys. Fantasia, not
so much. And Chrisette is too new for the industry to even consider
winning this award.
Butta says: I love MJB and Jilly to no
end but Chrisette should take this bad boy home. But that would be too
much like right and Alicia Keys will get it. 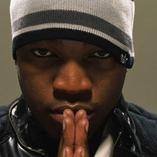 nOva says:
I'm not rooting for any of these cats, but since this is a popularity
contest Ne-Yo might take it home. Also, is Tank on there? Who'da thunk
it?
ill Mami says: These songs get more obscure the farther down you read the nominees. Did Tank release an album this year? Wow.Anyway,
this will go to Ne-Yo since he's so popular. I love Prince, but I'm not
feeling the name of this song. Can we please retire "baby mama" &
"baby daddy" as colloquial expressions? Please?
Butta says:
I am ride or die for Raheem DeVaughn (sorry, your Purpleness) in this
category. He should win, no question, but methinks Ne-Yo is gonna take
the category. 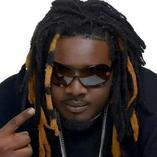 nOva says: This entire category is a piping hot mess! If forced to choose, I'd say Chaka and Mary. But there's no real justice in the world and T-Pain will win.

ill Mami says: This category is what happens when people who buy NOW That's Music Volume 236 have to decide the best R&B performance by a group at gunpoint while undergoing Chinese water torture. Ugh. If I had to choose who will win, it'll probably be T-Pain (who knows he should not have been trying to sing Keith Sweat at the Hip Hop Honors) with Akon the-underage-stage-groper/tosser.
Butta says: Swing low sweet chariot and carry me home! If I was Chaka, Mary, Angie or Betty I'd be downright pissed to be in the same category as these cretins (with the exception of Ne-Yo, who I do like). I think that Chaka & Mary J. should win, but the Academy will get caught up in the hype and award Rihanna and Ne-Yo. 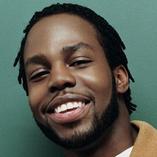 nOva says: This category is AMAZING! Some real competition here. I think Dwele should take it home but whoever gets it, I wouldn't be mad.

ill Mami says: Now this is my kind of category! Aptly named and fierce competition. I love Meshell, but the Vikter Duplaix's "Make A Baby" is my favorite out of this category. Plus, I just really dig the dreaminess of his voice.
Butta says: Now this is a tight group of nominees. You'd think we came up with this list! Ha! If it were up to me, I would give it to Vikter Duplaix, hands down. However, I have a feeling that Lupe Fiasco and Jilly will walk away with it. I wouldn't be mad at Jill winning, but I'm still giving Lupe the serious side-eye behind that Tribe mess. 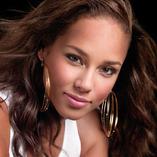 nOva says: Before I pick, let me just say that there are too many mofos writing one song. Anyway, Alicia will get it. I lied, I don't have a personal pick.

ill Mami says: "Beautiful Flower" will win. This song was written for Oprah's "Building A Dream" project. And you know the kind of power that Oprah has.
Butta says: "Teachme" should win this category. That song is gorgeous. "Beautiful Flower" may have the Oprah stamp of domination, but I think that "No One" will take it home. 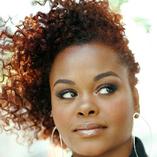 nOva says: I'm stepping out there. Jill should and will.
ill Mami says: Jill. Period. Love you Ledisi, but Jill will win this hands-down.
Butta says: Excuse me while I give the Academy the screw-face at nominating Tank in this category and not Eric Roberson. Anywho, I'd be happy if either Jill Scott or Ledisi won this one. Both are extremely deserving, but I'm pretty sure Chaka Khan, Chaka Khan got this.

nOva says: I'm going to keep most of my negative comments to myself about most of these cats. I pick Emily. Ne-Yo will get it, and he probably should.
ill Mami says: I'll vote for Ne-Yo, only because he has been the least scandalous this year. It would be nice to see Fantasia win. Plus, you know she'll pull a Cuba Gooding Jr-Oscar-acceptance performance if she wins. Waterworks please...
Butta says: Sweet Jesus on the cross, why is Akon nominated again for jack diddly squat? Sigh...I'm gonna say that Ne-Yo should and will win. "Do You" is my cut. 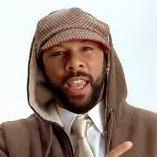 nOva says: Most of these songs are pretty good, I can't front. I pick Common for "will" and "should".

ill Mami says: I love "Show Me What You Got." I get pumped every time I hear it. Despite my allegiance to most anything Jay-Z, I gotta go with Com Sense on this one. Plus, it'll be nice to see him all dapper for the award show. Is he bringing Serena?
Butta says: I think that Common should win, but Kanye is going to get the sympathy vote. 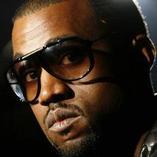 nOva says: If Shop Boyz wins
I'm going on a killing spree. "Better Than I Ever Been" was the hottest track to come out this year. Why'd they leave Rakim out?

ill Mami says: "Better Than I've Ever Been" was one of the dopest songs out this year, period. Plus, DJ Premier's production was just so sick. If this song wins, I'm going to find the Shop Boyz, put on my four-finger name-plate ring, and dent one of them in the forehead with it. Old skool rules!
Butta says: I got to give it up my Southern playas in this category. UGK and OutKast should and will win.

nOva says: Jesus H. Christ! Did Debra Lee have something to do with this? Kanye should. Akon probably will.

ill Mami says: None of these songs are very good. Sorry. I'll vote for "Let It Go" because Keke, Missy, and Kim annoy me the least out of all those mentioned in this category.
Butta says: We'll see this same category and nominees at the next BET Awards no doubt. As much as I find it hard to wrap my mind around T-Pain being nominated for anything other than employee of the month at McDonald's, I think that "Good Life" should win but Rihanna-anna-anna and her "Umbrella"-ella-ella-ella will win.

nOva says: "Can't Tell Me Nothin'". Am I on Kanye's sack right now? Yes, but only by default. If Soulja Boy wins I am climbing into the TV to slap somebody! Kanye will take it home. HE BETTER.

ill Mami says: The sad part is that I don't know really any of these songs. I will vote for the "Soulja Boy" song because of all those viral videos that were floating around after the song really got big.
Butta says: Surely Lucifer himself is supermanning some ho right now in Hell to celebrate that deal he made with Soulja Boy. Of this lot, "Can't Tell Me Nothin'' should and will win.

nOva says: Kanye should. Not sure if he will. But please let him win "Best Album" because I'm really not trying to hear it the next day. You hear me, Kanye?

ill Mami says: Common should win. Finding Forever is on par with Like Water for Chocolate. However, lots of people are rocking Graduation, like hard. They might give this to 'Ye in light of his recent troubles and to make up for his past losses...and even worse displays of poor sportsmanship. Aren't you supposed to be thankful for being nominated? Yes, Kanye I'm speaking to you.
Butta says: Personally, I think that Finding Forever is a better hip-hop album than Graduation, so with that said, I think that Common should win but Kanye is gonna take this one home. Chi-town stand up!
Leave your thoughts below.

TAGS:  alicia keys, common, dwele, jill scott, kanye west, ne-yo
Previous: Kiss-n-Grind Tonight in L.A. Next: The Week We Got, Like, NO Sleep