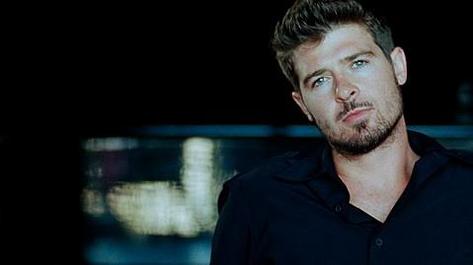 This was Robin Thicke's year. After his strong but overlooked 2003 debut, A Beautiful World, he sat on the curb for a long time watching those with lesser talent run it on the charts. But with the 2006 release of The Evolution of Robin Thicke, the tide turned. He hooked up with the Neptunes and together they created a quintessential piece of new millennium blue-eyed soul, which could clearly be heard on the Bossa Nova-tinged, breakout slow jam, "Lost Without U."

"Lost Without U" was everywhere this year, and everyone from Oprah Winfrey to the thuggiest thug was feeling this track. I wouldn't be surprised if Dubya even sang this little ditty to Laura in their private moments. OK, maybe I would be surprised--and I shudder at the thought--but you cannot deny that "Lost Without U" was the song.

So can someone, anyone explain to me why this track is not a contender for Record of the Year and/or Song of the Year? I'm sorry, but you cannot tell me that Rihanna's "Umbrella" is a better song. More popular? Perhaps, depending on who you ask. More annoying? Yes. More better? No. More deserving of a Grammy nomination? Hell to the naw. Then if we want to take a stroll on over to the R&B categories, he could have easily gotten nods for Best Male R&B Vocal Performance, Best R&B Song, and Best Contemporary R&B Album. Robin Thicke should have been been nominated for multiple Grammy Awards right alongside Kanye West and Amy Winehouse. Better luck with the next album, Robin.