Re-calling the Awesomeness That Was Mark Ronson’s ‘Version’ 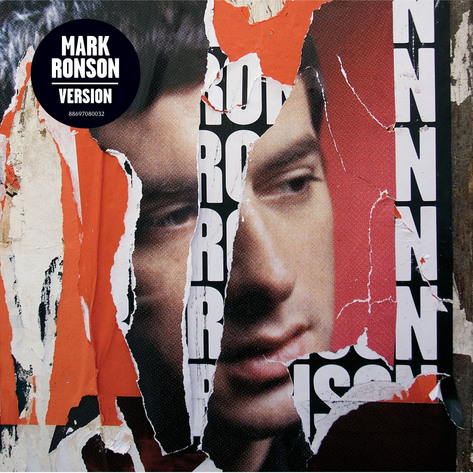 [DISCLAIMER: I'm pretty awful at reviews.] When Mark Ronson's Version dropped earlier this year, not only was I not running this site, but I'd just jumped on the Back to Black bandwagon (in which he played a large part), so nothing else from that region was on my radar. Silly me, because now I'm playing catch up.

For everyone else just hopping on board, Version is just that, covers of songs that run the gamut from Britney Spears to Radiohead, polished to a soulful, retro pop sheen. It would be too easy to dismiss this as an opportunity to shoehorn UK pop stars into the Stax/Motown atmosphere in an attempt to re-dignify Blue-Eyed Soul, and perhaps it is, but it sounds damn good. Nothing here comes off as forced or insincere, maybe because the varied guests don't succumb to melisma and caterwauling. These guys are having fun without phoning it in.

Neptunes affiliate Kenna features on "Amy", in which he and Ronson take Ryan Adams' somber, acoustic original and transform it into an upbeat, boyish flirtation. Sweetness aside, this is what I like to call a "big" record. "Amy", like many other tracks on Version, is rich with funky horns and aggressive percussion. (It should've been a single, but we all know how shy Kenna is.)

Second favorite: "Stop Me" with Daniel Merriweather, where Morrissey meets The Supremes.

And purely for fun and novelty, "Toxic" featuring Tiggers and Ol' Dirty Bastard, which is way at the opposite end of the spectrum from Britney's frenetic original. Ronson's re-imagining is spacey and a little sleazy, in a good way.

Frequent unintentional SoulBounce mascots Amy Winehouse and Lily Allen return the favor, and a bunch of artists I'm only now getting to know round out the guestlist. Version is Mark Ronson having one big jam session at the beach with a bunch of Brits that can blow a bit. While some might consider these covers blasphemous (you'll find several complaints about "Just" with a simple Google search; Radiohead fans are a cult) it's all done with a wink, a nod, and an attention to detail. Pardon my lateness, but I'm digging it.