The Writers Guild of America is so gangsta. So far it looks like the Grammy Awards ceremony won't be shut down like the Golden Globes but there will be a picket. Ouch. What did Fergie ever do to you guys? This of course means members of SAG won't be involved in the ceremony, as their continued solidarity discourages them from crossing the picket line, but we have to wonder how some of our favorite nominated performers will approach the situation. Chaka Khan? Kanye West? Vikter Duplaix? Will they throw bows to hear their names called?

There is, however, a reprieve from all this madness. The WGA West has granted a waiver to the NAACP, allowing their 39th Image Awards ceremony to be scripted by members of the Guild and not be disrupted by a picket line.  We're sure this probably has something to do with Will Smith being the most powerful black Scientologist actor in the universe. [SOHH, Defamer] The 46th Annual NAACP Image Awards Nominations Are In 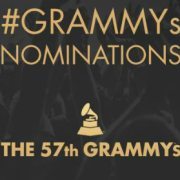 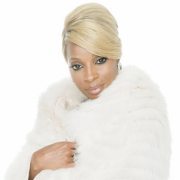 Morning Soul: They Ain’t Even Coming Close To This