‘We All Want The Same Thing’: Kevin Michael With Less Sex And More Soul 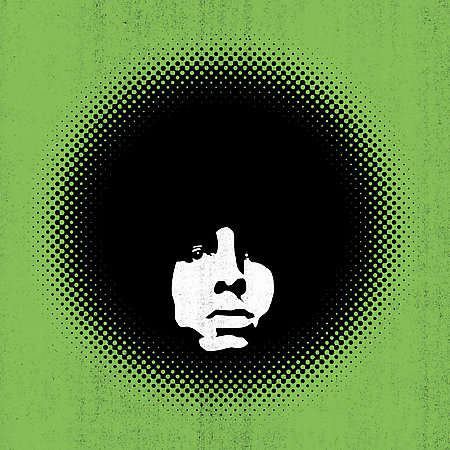 Whether it's threatening suicide, boasting about cosmetics or converting your favorite childhood superhero into an asinine dance-craze, it's apparent that the newest generation of young, fresh-faced pop stars are desperate to extend their stay on the radar for as long as possible and by whatever commercialistic means necessary.

With this in mind, singer/sometimes songwriter Kevin Michael has two things working in his favor: one, his biracial, post-hippie, by-way-of-Philly faux-bohemian '80s lovechild upbringing and infused image has been untapped in the mainstream thus far. And two, he's actually talented, which makes his eponymous debut album, released this past summer on Atlantic Records, a conflicting listen; while his catchy blend of pop with R&B hooks, melodies, vocal arrangements and lyrics does produce some occasionally refreshing tuneage, there's still an overwhelming sense of unfulfilled potential just waiting to be tapped.

His genuine talent is what gives Kevin the advantage over many of his pre-packaged, boardroom-managed, chart-obsessed peers. His (obviously) untrained tenor is flexible and works well with the unpredictable musicality presented over much of the album. Whether he's aping Michael Jackson to spit his best game on "Stone Cold Killa," dirtying up the groove with a gruffer croon on the sparse, Prince-inspired "We All Want The Same Thing" or singing straight from his broken heart on "Ain't Got You," it's proven that the rawness and spontaneity of his vocal arrangements help keep things interesting even when the lyrics tend to fail.

Since he is a self-admitted burgeoning songwriter, however, the major problem here is that Kevin chooses to let his hormones and libido dominate much of the album's inspiration and lyricism. While "Vicki Secrets," a laid-back, playful record that comes off like a naughty text message session you're embarrassed to admit you enjoy, and "Liquid Lava Love," an ethereal eargasm that could stand to reinvent baby-making music (thank Claudette Ortiz's eye-rolling, toe-curling vocals on the background as well), are enjoyable, the album's true highlights are when Kevin ignores the tent in his True Religions and speaks straight from his head and heart. Single "It Don't Make Any Difference to Me" is a breezy, reggae-lite sing-along that simplifies interracial relationships down to nothing more than natural selection. "Love Letter" is an offbeat, staccato mid-tempo that makes e-mail, IMs and MySpace messages seem so outdated. And "Too Blessed" is a smooth, wide-eyed tune about the power of positive thinking only improved by a flawless Q-Tip cameo.