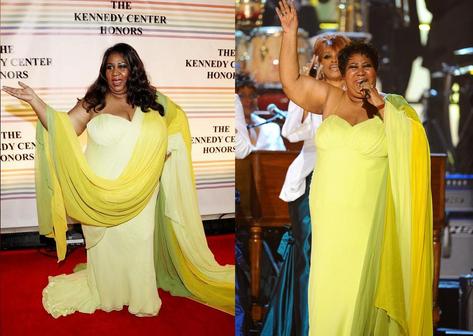 This first rule in the Diva Handbook is to never let the people see you in the same thing twice. But Aretha Franklin clearly said bump all that when she decided to wear this dress on stage at last night's Grammy Awards after wearing it to the Kennedy Center Honors gala in December. I'm all for recycling, but this is ridiculous. Whoever is styling Aretha Franklin (Sara Lee, perhaps?) needs to rethink their vocation. 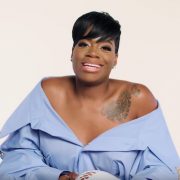