Reconciling Our Grammy Picks and Predictions 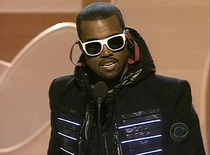 Last year, the SoulBounce editors offered our thoughts on who we wanted to win and who would win in Grammy categories relevant to this site. Now that the statues have been awarded, we're measuring how our favorites matched up with the usual suspects.

Best Female R&B Vocal Performance: Alicia Keys "No One"
Butta and nOva both thought Chrisette Michelle should've taken it home for "If I Have My Way," although the expectation was that Grammy darling Alicia Keys would win it, and she did. Surprised? The personal favorite across the board was Jill Scott's "Hate On Me."

Best Male R&B Vocal Performance: Prince "Future Baby Mama"
We
all thought Ne-Yo would take it home because, well, he's Ne-Yo! This
was a tricky category otherwise, as not many adult male R&B albums
saw major label release, or attention for that matter. On Prince, ill
Mami offered: "I love Prince, but I'm not
feeling the name of this song. Can we please retire "baby mama" &
"baby daddy" as colloquial expressions? Please?"

Best R&B Performance By A Duo Or Group With Vocals: Chaka Khan & Mary J. Blige "Disrespectful"
Let's
all bear in mind that R. Kelly and Usher's "Same Girl" and T-Pain's
"Bartender" featuring Akon were also nominees for this category. Chaka
and Mary were chosen by default as favorites, although we again
suspected Ne-Yo to take it home with "Hate That I Love You" featuring
Rihanna. There is justice in this world after all.

This is the category your SoulBounce editors were most pleased with, as there seemed to be some actual talent on display. Vikter Duplaix's "Make a Baby" was the favorite, but the prediction was that Jill and Lupe would win.
Best R&B Song (A Songwriter(s) Award): Alicia Keys "No One"
ill Mami predicted that India Arie's "Beautiful Flower" would take it home, but if history has taught us anything, that would never never happen with Alicia Keys in the same category. Butta and nOva knew Alicia would win and she did.
Best R&B Album: Chaka Khan Funk This
ill Mami and nOva predicted Jill as a "will" but Butta stepped out there with her Chaka prediction. Clearly, you can't keep a legend down.

Best Contemporary R&B Album: Ne-yo Because of You
Aside from the presence of Emily King, this was clearly the "Chickenhead" award of the evening. We all predicted Ne-Yo as a "will" and he did. However, we still rested easy knowing Akon didn't get the statue. Whew.

Best Rap Solo Performance: Kanye West "Stronger"
It was a tight category with Kanye, Jay-Z and Common. nOva and Butta thought Common should've taken it home, but according to Butta "Kanye is going to get the sympathy vote."

Best Rap Performance By A Duo Or Group: Common featuring Kanye West "Southside"
Kanye's "Better Than I Ever Been" was a favorite and no one liked the idea of the Shop Boyz "Party Like a Rockstar" being included in this category. Still, no one predicted or rooted for "Southside," a fine song. But this win is only justified in that it went to Common.
Best Rap/Sung Collaboration: Rihanna & Jay-Z "Umbrella"
This category took a break from the BET Awards to make an appearance on Grammy, with nominations for Keyshia Cole, T-Pain, Akon and Snoop Dogg. No one was happy about this. Kanye's "Good Life" was a favorite, but Butta predicted "Umbrella" and she was right.
Best Rap Song (A Songwriter(s) Award): Kanye West "The Good Life"
Kanye's "Can't Tell Me Nothing" was also nominated in this category and was the favorite, but we gave this entire thing the side-eye for the inclusion of Soulja Boy's "Crank Dat." We're happy to settle for "The Good Life."
Best Rap Album: Kanye West Graduation
This was probably the second best category of the evening with noms for Common, Jay-Z, Nas, and T.I. Finding Forever was the favorite but we knew Kanye would be victorious. Can we say most predictable Grammys ever? Well, aside from that Herbie Hancock thing...


TAGS:  grammy 2008", grammys, kanye west
Previous: What to Expect When ‘Nigger’ Hits the Shelves Next: Lupe and Jill are Grammy Winners, but You’d Never Know It