Whose ‘People’ Are You Feeling? Angie Stone’s or Raheem DeVaughn’s? 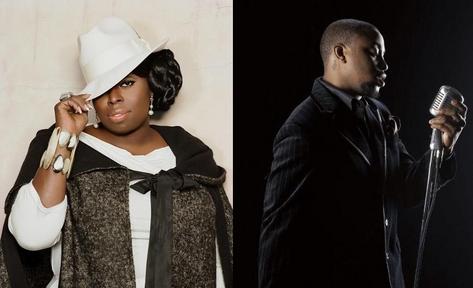 For some reason I can't keep Angie Stone out of the Battle of the Beats. She's gone toe-to-toe against Aaliyah and Jill Scott, but this time I'm switching it up and putting the first lady of Stax Records up against a brotha: Raheem DeVaughn, another BOTB repeat performer. This "My People"/"My Peoples" match-up was suggested to us a minute ago by a faithful reader, and, whereas this isn't anywhere near as intense as Barack Obama versus Hillary Clinton, your two cents are requested in the comments.

Angie Stone's "My People" is rumored to be an upcoming single from The Art of Love & War, and she dug up James Ingram in the crates for the empowering duet. My sources tell me that multi-tasker Idris Elba is on tap to direct the video, so I'll keep you posted for when it hits the internets.

Raheem DeVaughn's "My Peoples" is a cut from DJ Jazzy Jeff's masterful 2002 release, The Magnificent. This mellow track predated Rah's debut release and for many it was their first introduction to the future Grammy nominee.

Both songs are hot in their respective lanes, so who's gonna be the "people's" champ?