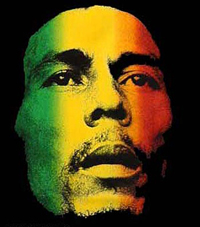 Now that Rita Marley has decided to produce a movie detailing the life of her late husband Bob Marley, tongues are already wagging about casting choices.

The widow Marley would like Lauryn Hill to portray her because "She sees my life as her life," and possibly her grandson Stefan as a young Bob. Popwatch has already posed the question of who should play Bob, citing Don Cheadle as a top choice. Personally, I think an unknown should take the role; once people start throwing out names of famous singers and actors, it becomes a vanity project. And we could probably use a film about a legendary person of color that doesn't default to Will Smith or Denzel, as if there aren't plenty of capable actors on the come-up that could master the work. [EW / Reuters]


TAGS:  bob marley, lauryn hill
Previous: Caron Wheeler Says, ‘I Adore You’ Next: Name That Beat: Bringing You The Realness Since ’07