Brandy’s ‘Dig This’ Has Us Reaching For A Shovel 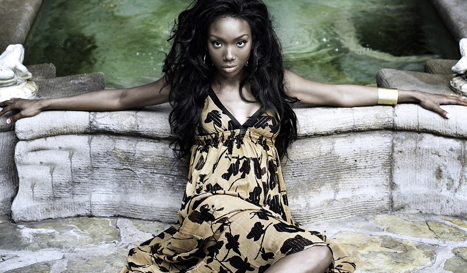 Your intrepid SoulBounce Editors are back at it this week by taking a brand new track and breaking it down for it to forever be broke over an IM convo. Embattled R&B singer Brandy is in the hot seat with her song "Dig This" from the Meet the Browns soundtrack.
Lend your ear to Brandy then read what nOva and Butta made of the track, which wasn't much.

nOva: OMG! You know what I thought this was? That Mary J. song "Stay Down."

Butta: I thought I had an "I've heard this before" moment.

nOva: This is the SAME song.

Butta: Shame on whoever produced this.

nOva: When is Brandy doing an upbeat song?

Butta: THANK YOU! I mean so far it's not bad, but it's kinda lackluster for B-Rocka's return.

nOva: People act like they're scared to do fast songs because of Beyonce.

Butta: Or a mid-tempo with some knock to it woulda worked. Like that track she did with Esthero. That was a much better look than this.

nOva: Oh well, this is for a Tyler Perry movie, so I don't expect much. It's supposed to be schmaltzy.

Butta:
I was about to say the same thing! Get out of my head. Yeah, you
definitely have to think about this in the context of whose film this
is.

nOva: Tyler Perry was probably picking songs going
"No. I dont want this. This sounds like too much fun. I want people to
take Black people SERIOUSLY."

Butta: To Brandy's credit she did sound good.

nOva: Brandy
sounds like Brandy. But I'm sayin', when are these double-time vocals
gonna go out of style? People been doin' this shit for over 10 years!

nOva: Who's responsible for this? Missy? R. Kelly?

Butta: If it ain't broke, why would they fix it?

Butta: So are you over Brandy, too?

Butta: Yeah, I'm giving her the semi side-eye for this one.

nOva: She's been dropping all these slow joints, but I guess no one wants to see a vehicular homiciderer get funky.