Caron Wheeler Says, ‘I Adore You’ 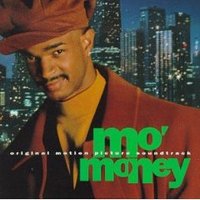 All week long, I'm diggin' in the crates, searching high and low for cuts from talented soul sistas that never quite got the shine they deserved. Yesterday, it was all about the Juice. Today's spotlight is on the 1992 motion picture soundtrack to Mo' Money.

While the movie wasn't particularly memorable, it gave us hits from MC Lyte ("Ice Cream Dream"), Ralph Tresvant ("Money Can't Buy You Love"), Luther Vandross and Janet Jackson ("The Best Things in Life Are Free"), and from today's DITC artist, UK soulstress Caron Wheeler. Her Jimmy Jam and Terry Lewis-produced "I Adore You" was the standout of the set list, with her voice sparkling over the Flyte Tyme duo's aggressive beats.

Wheeler, of course, is best known for her work with British group Soul II Soul, lending her haunting vocals to their hugest hits, "Keep on Movin'" and "Back to Life." However, she also helmed two of her own projects: 1990's UK Blak and 1993 follow-up Beach of the War Goddess. Blak gave Caron a chart hit with "Livin' in the Light," while Goddess yielded modest success with "Adore" and "In Our Love."

Here's some Caron trivia: Did you know, in the '80s, Wheeler was part of the female quartet Afrodisiak, and in 1993, she did a cover of Jimi Hendrix smash "The Wind Cries Mary"?

Yeah, just some of the reasons why I can't help but adore Caron. Time to cabbage patch, my peoples.

Caron Wheeler: "I Adore You"