Case Not So Much Closed 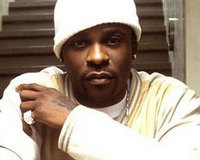 It's been a minute since we heard from Case Woodard, the man once regarded as sort of a male Mary J. but with that certain thing missing that could've placed him firmly in the upper echelons where he belonged. Back in 2006, it was reported that Case was releasing his next project under Indigo Blue Music Group, a label he formed with his manager Blue Williams. Details of Case's forthcoming The Rose Experience finally emerge in this interview with Baller Status. Case describes his sound as Soul and New Jack with a touch of Hip Hop, meaning his style hasn't changed one bit since his underrated debut. As one of the first Def Soul artists, he embodied the look and sound of the imprint that eventually went on to include Dru Hill, Kelly Price and Musiq. Case is currently featured on "Face to Face" a duet with SWV's Coko from the Meets the Browns soundtrack. [BS]